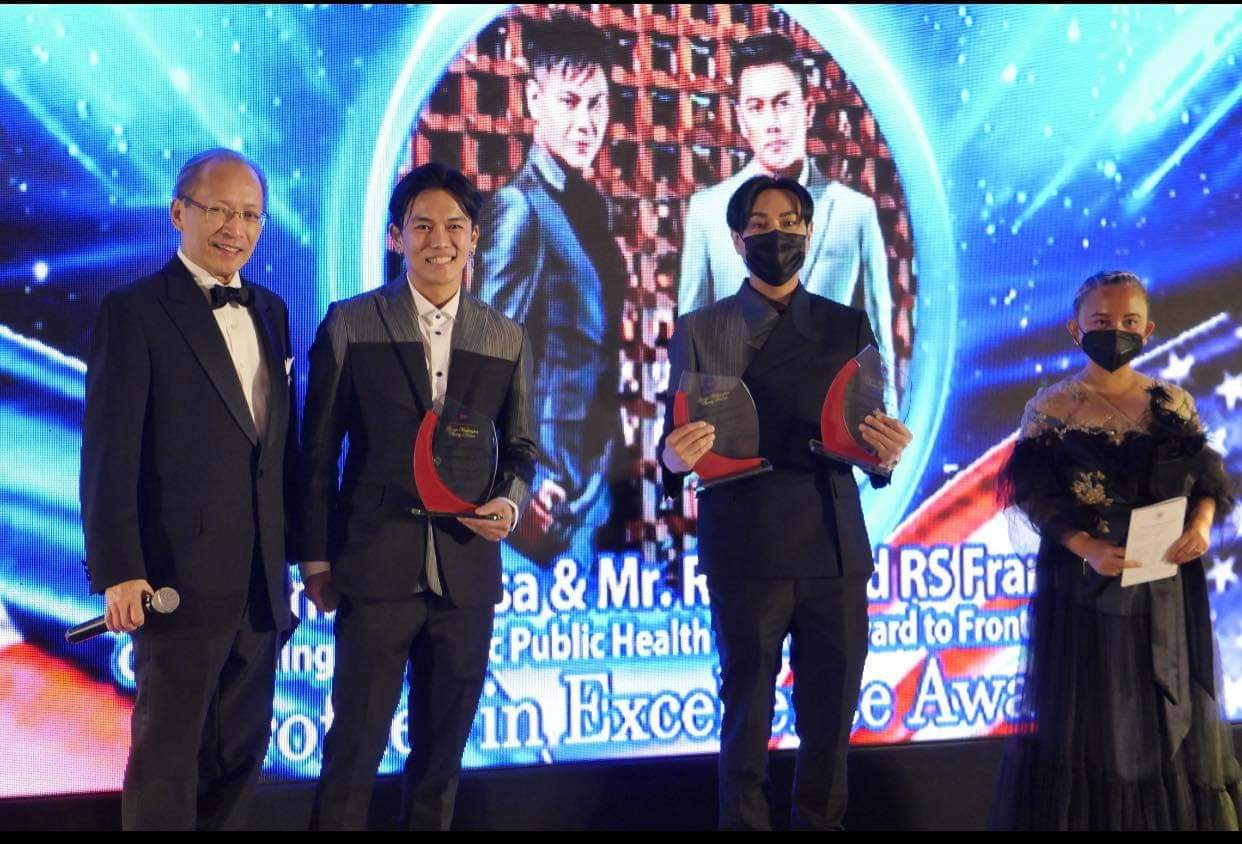 Yearly, the American Association of the Philippines is staging the George Washington Ball, an anticipated flagship social event. It is not just a social event but a venue where AAP recognizes the accomplishments of its members and other community leaders as well.

It also serves as a platform to setup fundraisers for its charitable causes, philanthropic activities and community outreach programs. This year, RS Francisco, the President of Frontrow Enterprise was given the “Philanthropist of the Year” award.

Raymond “RS” Francisco has been helping out not just during this pandemic but even way way back, on calamity-stricken communities or to anywhere needing assistance for whatever cause. He started doing community service in 2009 together with Sam Verzosa and other close friends and business partners in Frontrow, that was the time Ondoy hit hard the Philippines.

Frontrow was very young by then and not yet capable to shell out big funds for charity, but still, armed with determination and the passionate heart to help, they did it!

“It is actually second nature for us to reach out to the Filipino people even before the pandemic. When we were starting in 2009, in 2010, we were really struggling….. but Multilevel marketing, when done properly, when done with the purest intentions, and when done with your whole heart and spirit that you just want to help alleviate every problem that the Filipino has, I think GOD UP ABOVE will give his guidance and blessing.

True enough, after 12 years, we are still here…. And with the help of Ms. Universe, American Association of the Philippines, and a lot of organizations that helped us, and celebrities, we were able to amplify our voice and there are more people in our community willing to help reach out to the less fortunate”

RS Francisco is one of the Founders of Frontrow, a multi-awarded MLM with more than 2 million distributors worldwide, along with Sam Verzosa. They met during their College days in UP and has since then became friends and business partners. Sam Verzosa, by the way, has been given the same recognition too.

-the American community, the US Embassy, and the American corporations–which in 1949, helped the struggling local Americans displaced by World War II in the Philippines. With the support of its different partnerships and members, AAP is able to conduct various social welfare projects.