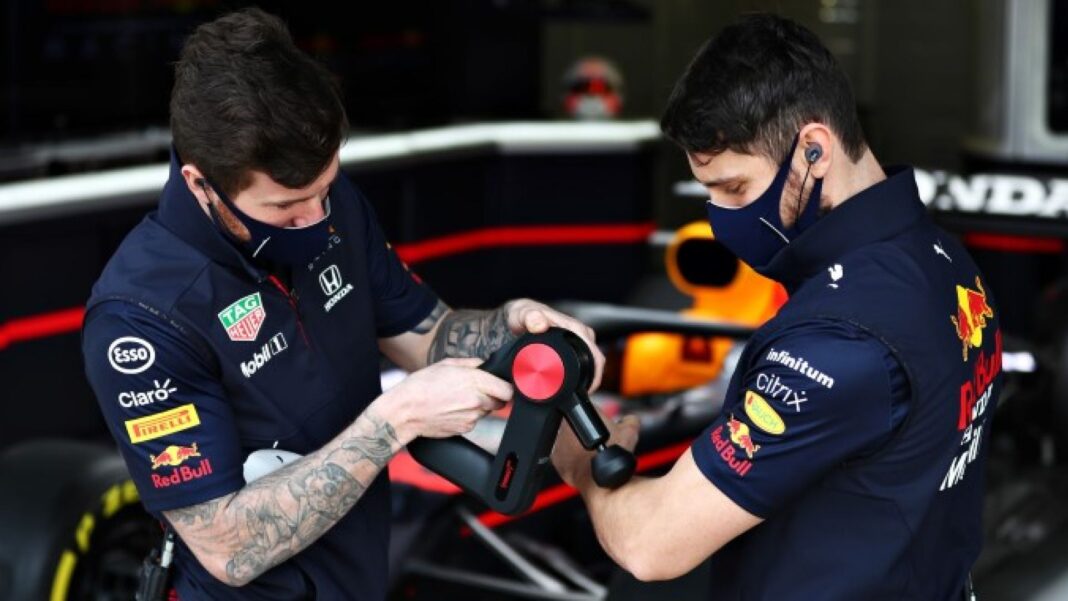 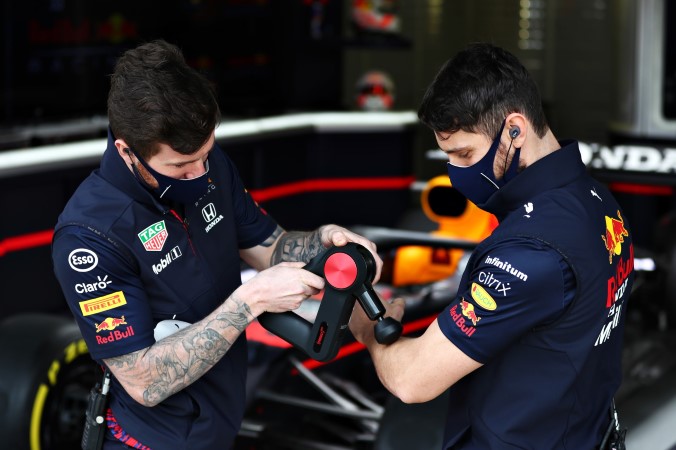 Red Bull Racing Honda’s pre-season test programme came to a close in Bahrain this evening, with both Max and Sergio putting in their final laps ahead of the 2021 FIA Formula One World Championship, which kicks off in two weeks’ time at the Bahrain International Circuit.

Sergio was behind the wheel of the RB16B this morning, posting a total of 49 trouble-free laps, during which he sampled the softer Pirelli compounds for the first time on his way to a best time of 1:30.187.

Commenting on his final stint in the RB16B before the start of the season Checo said: “It’s crazy to think that pre-season has already finished, it feels like it only just started.

I think this is the shortest pre-season ever in my career! There’s a very limited amount of running and testing but we managed to work through a lot of set-up options and are improving every time we get into the car. I’m very excited about the season and I think we’ve got a good car underneath us but I still have a lot to learn in the car to get the maximum out of it. The Team is doing a fantastic job.

It doesn’t really matter where we start in Bahrain, it matters where we finish in Abu Dhabi.  Now we just want to look forward to the race weekend. We’re going to take it step by step and be patient in the beginning and then things will come to us.”

It was Max’s turn in the afternoon and after working through a busy programme mostly focused on medium compound tyres, the Dutchman also sampled the softer compound late in the afternoon to claim the fastest time of the three-day test with a lap of 1:28.960.

After his final outing, Max said: “It was another good day and we got through the whole programme. Conditions were a bit different to day one so we had to adjust the car a bit as we went along but from our side it was very smooth, as it has been throughout the whole test.

I think we can say it has been a good weekend but of course that doesn’t give you any guarantees and all teams are doing different programmes at testing. We always look into what we can improve and for sure there are still things we want to work on but I think all teams will have that.

We’ll find out for sure in a couple of weeks in Q3 where we really are but in general I would say the car feels good and I’m looking forward to going racing.”

Head of Race Engineering Guillaume Rocquelin added: “Both sessions today were identical in terms of run plan. As opposed to the first couple of days, today was more about trying to optimise the car and understand where we’re going, so shorter runs, more set-up items, a bit more time in the garage.

We were still doing some development work but also really getting the crew and the drivers up to speed in terms of procedures and pit stops. It was a similar plan for both drivers and similar results for both.

Overall, this has been a positive test phase. Three days are never going to be enough; I don’t think anyone would say they are, but in terms of the time available, what we got out of this test was very useful. We’ve got a really good base to build from and we’re looking forward to coming back to Bahrain in a couple of weeks.”

Rights-free images of the RB16B on-track in Bahrain are available to view and download now on Red Bull Content Pool via the following link: https://www.redbullcontentpool.com/redbullracing/CP-S-13391