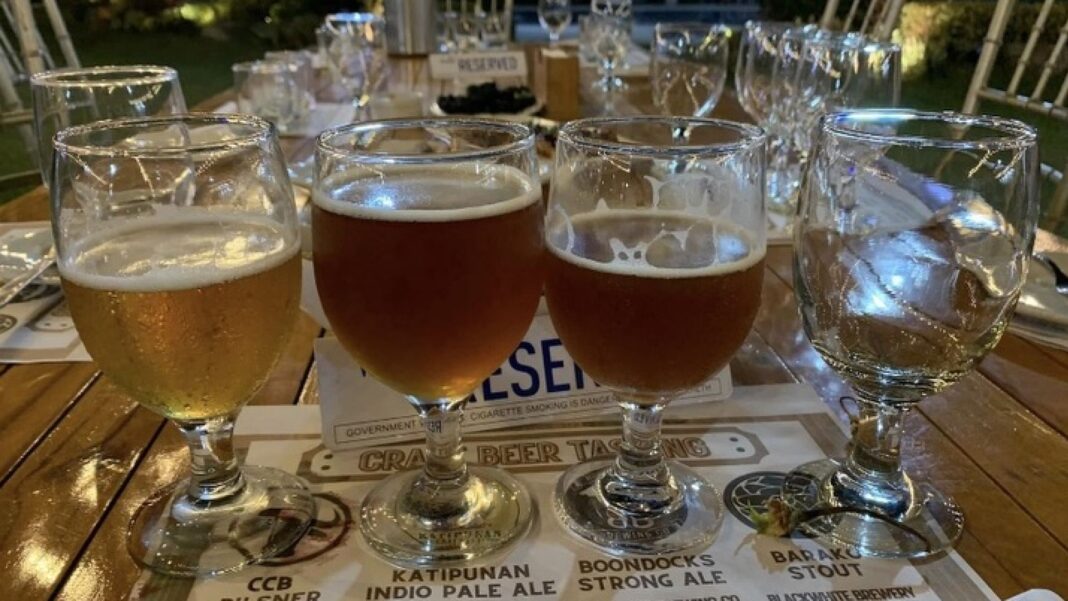 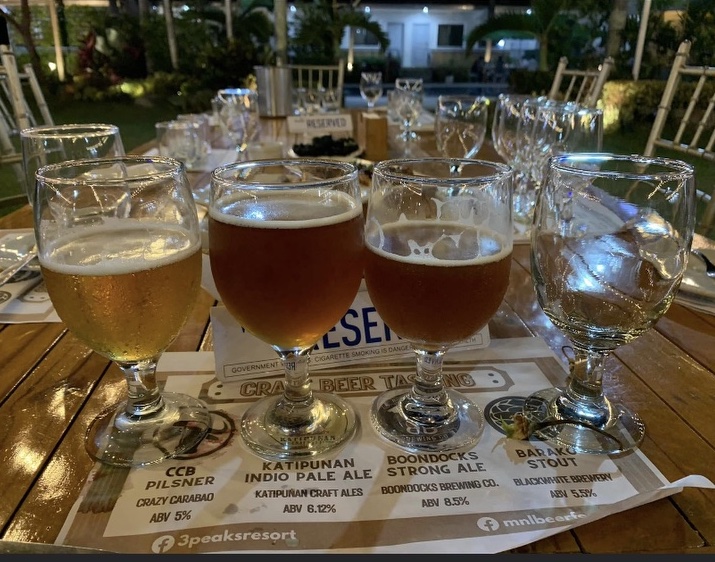 The launch of the 1st ever CRAFT BEER NIGHT at LIPA CITY, BATANGAS last weekend  of April 1 & 2  at 3 Peaks Resort & Boutique Hotel marked the rise of awareness of the Local Lipenos to support Locally brewed Craft Beers.

Not the usual nightlife, but an extraordinary gathering of invited guests by the organizers of the event coming from different towns of Batangas province and even from Metro Manila. 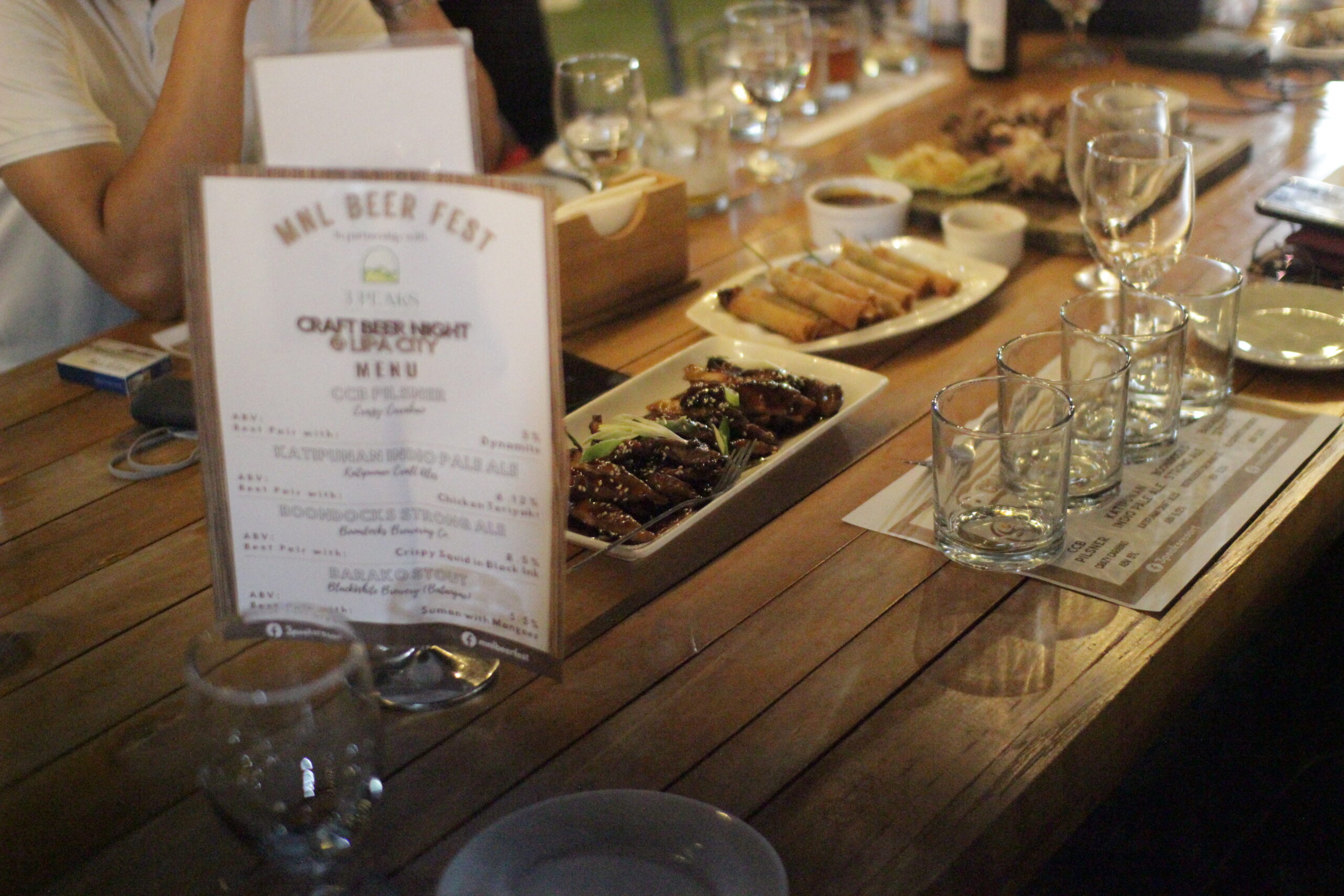 As early as 5pm last Friday, laid-back golfers of Cinderella Golf Club from the Malarayat Golf and Country Club came for their usual “after game” socialization, common among golfers to get a few rounds before they go on separate ways.

One by one, special guests from Santo Tomas Batangas & Lucena City were noticeably early for the 7pm program. Upon each arrival, they are led to their respective seats with a Craft Beer Flight glass set up on the tables. 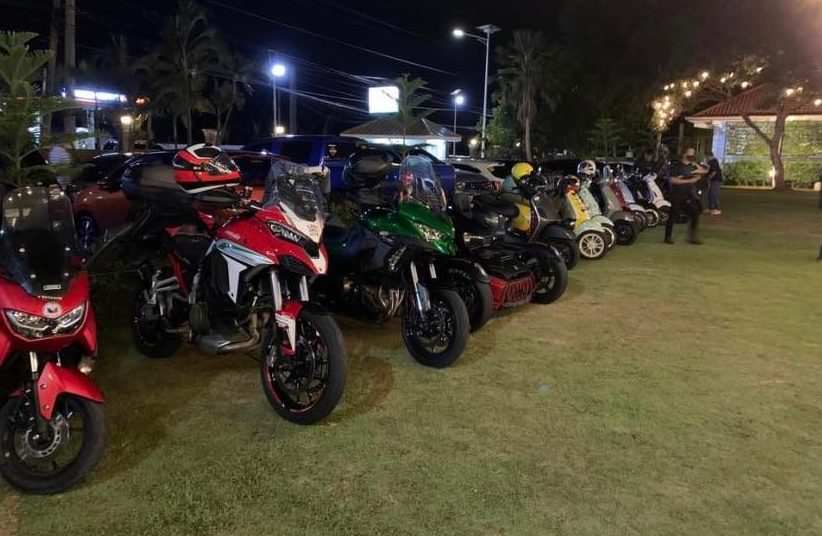 This is where curiosity among guests began to rise. There are quite a few informative materials you can see at the table, like the breweries & beer styles for tasting & the food that is paired along with it. 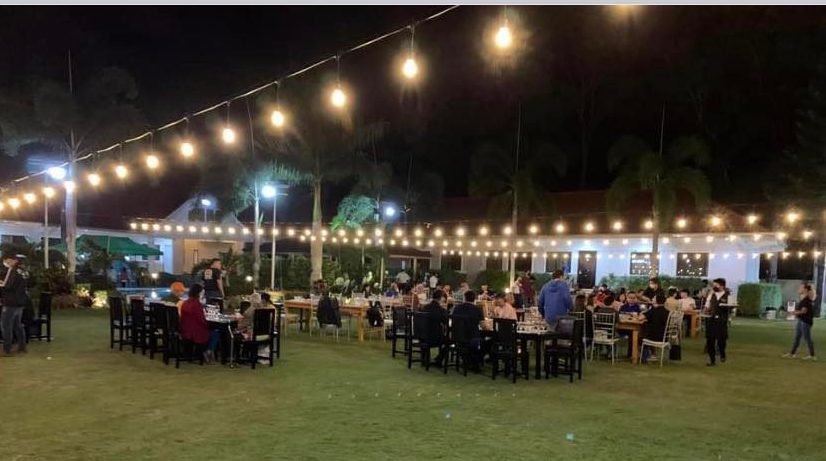 Normally experience when they think of going out, but this was done gracefully by these two ladies who were very well versed when it comes to Craft Beer Information.

Guests started their Beer Tasting journey by consuming 4 glasses in total of each beer kind, such as : Pilsner (by Crazy Carabao Brewery), Ale (by Katipunan Craft), Strong Ale (by Boondocks Brewing ) and Stout (by Black white Brewery). 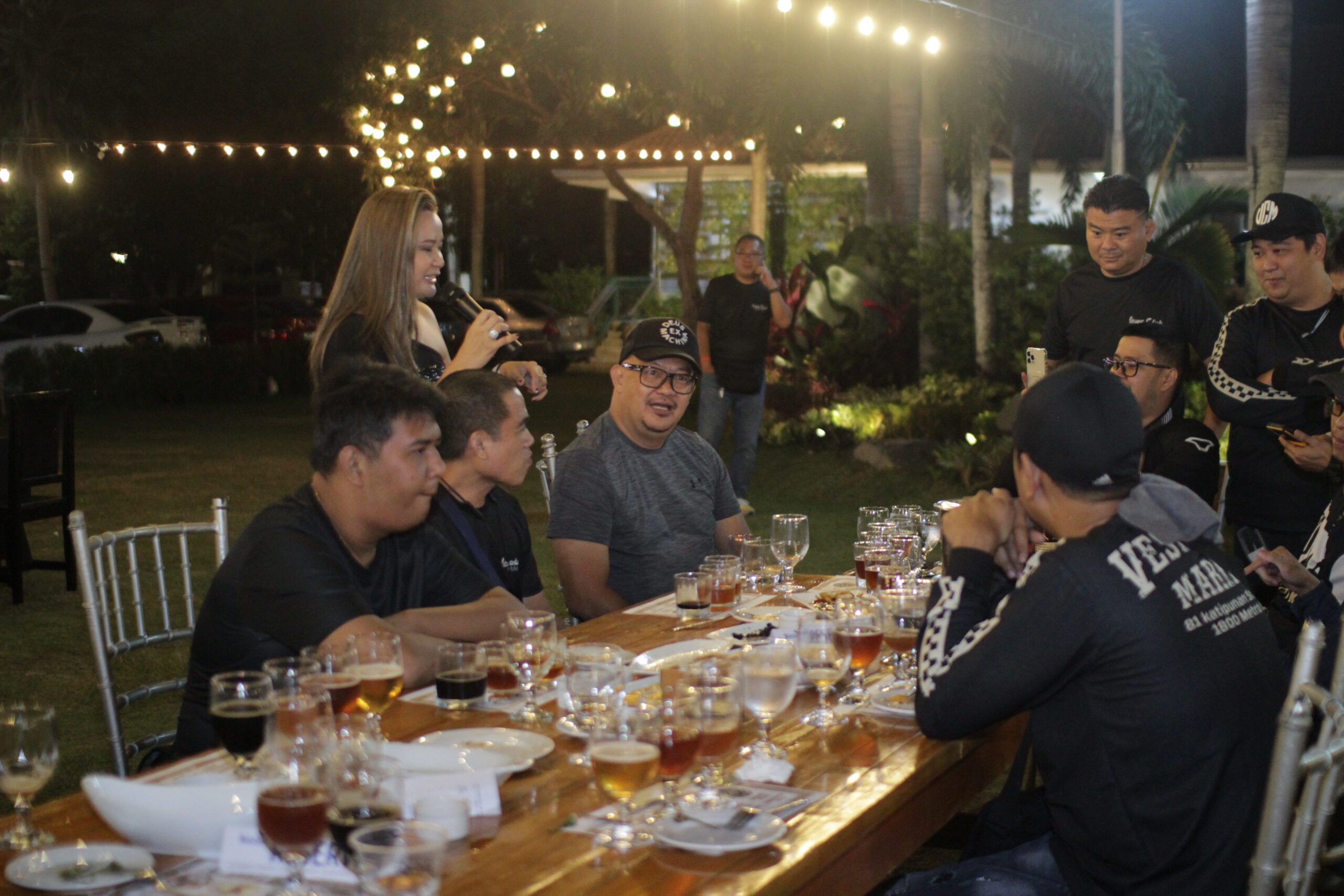 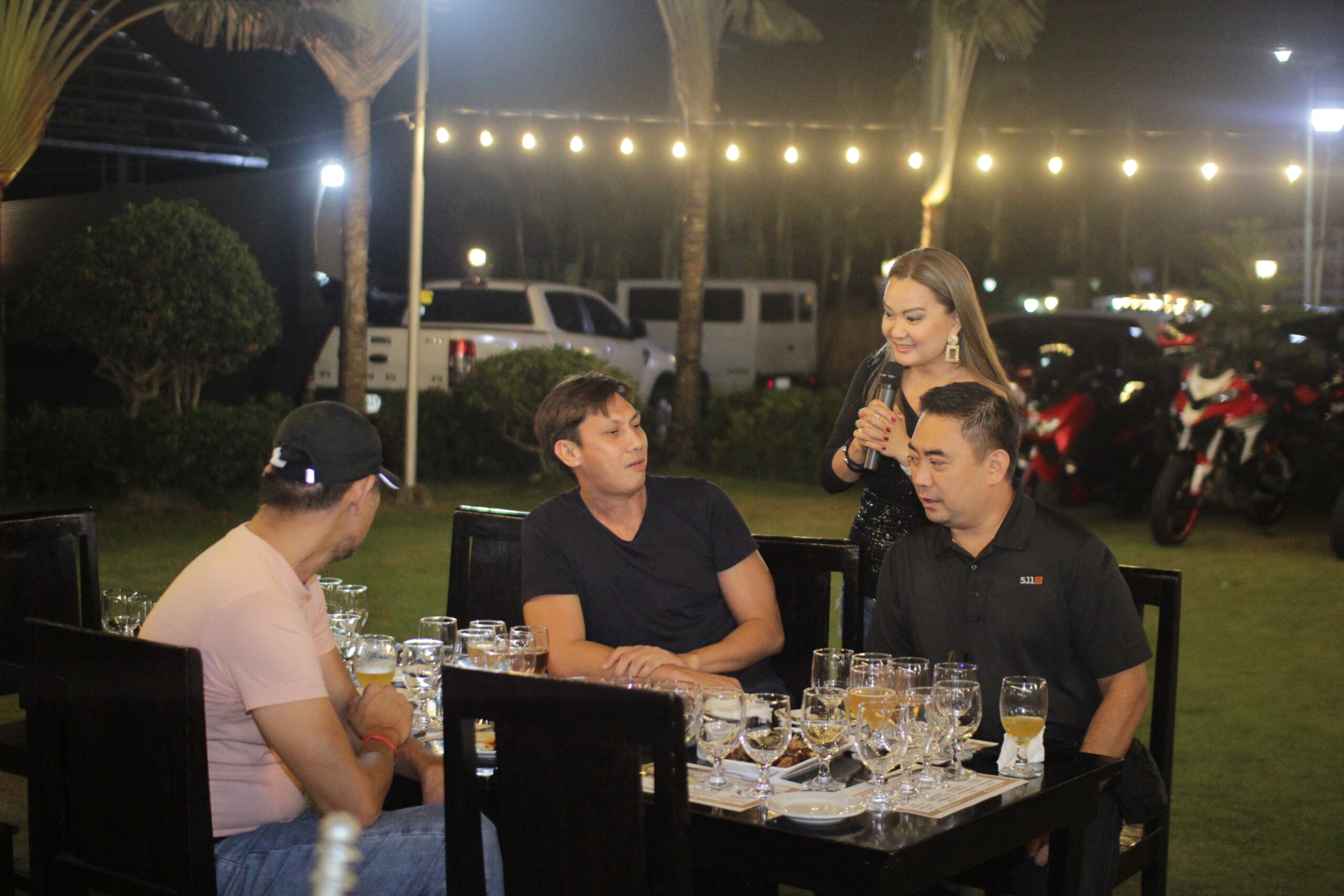 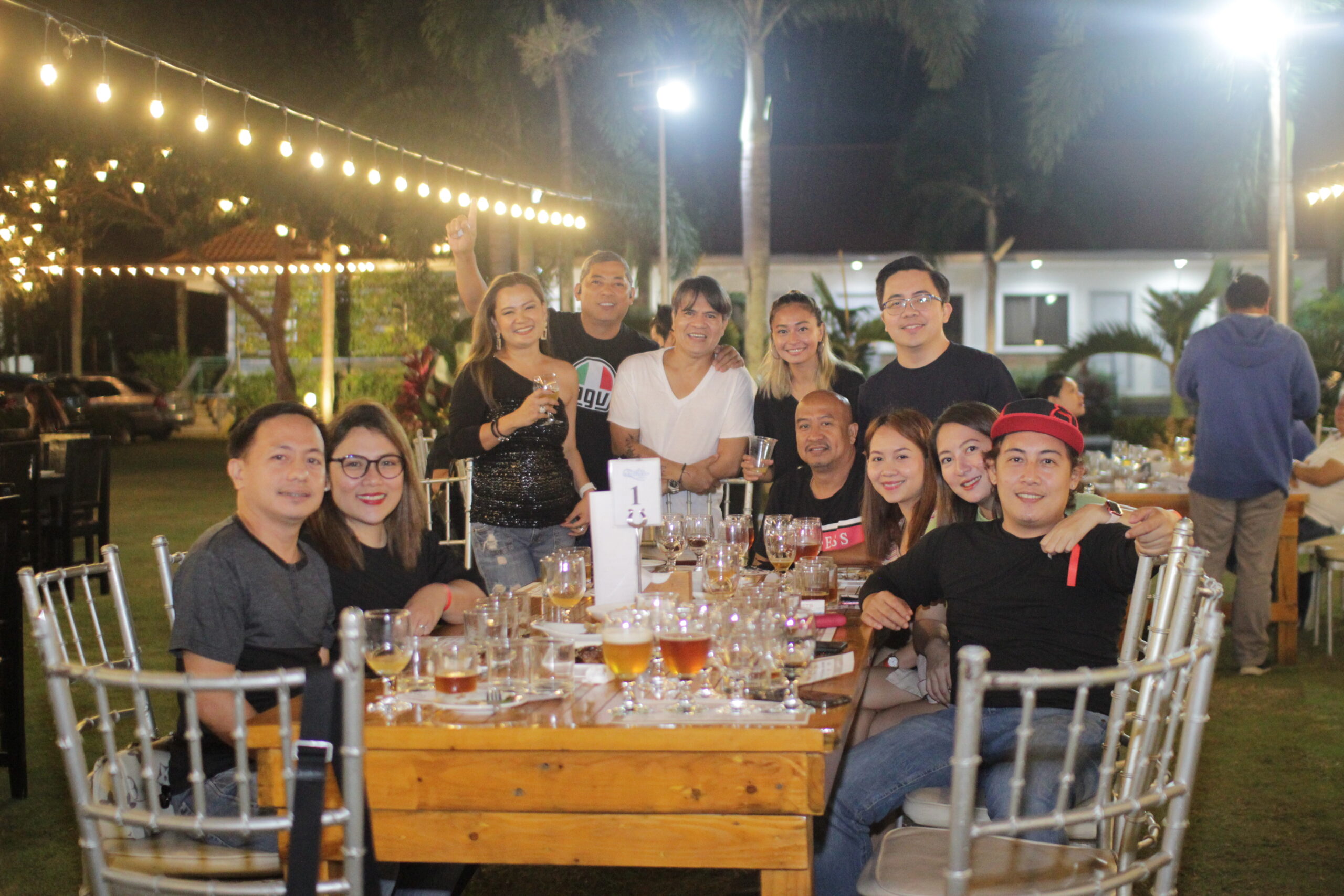 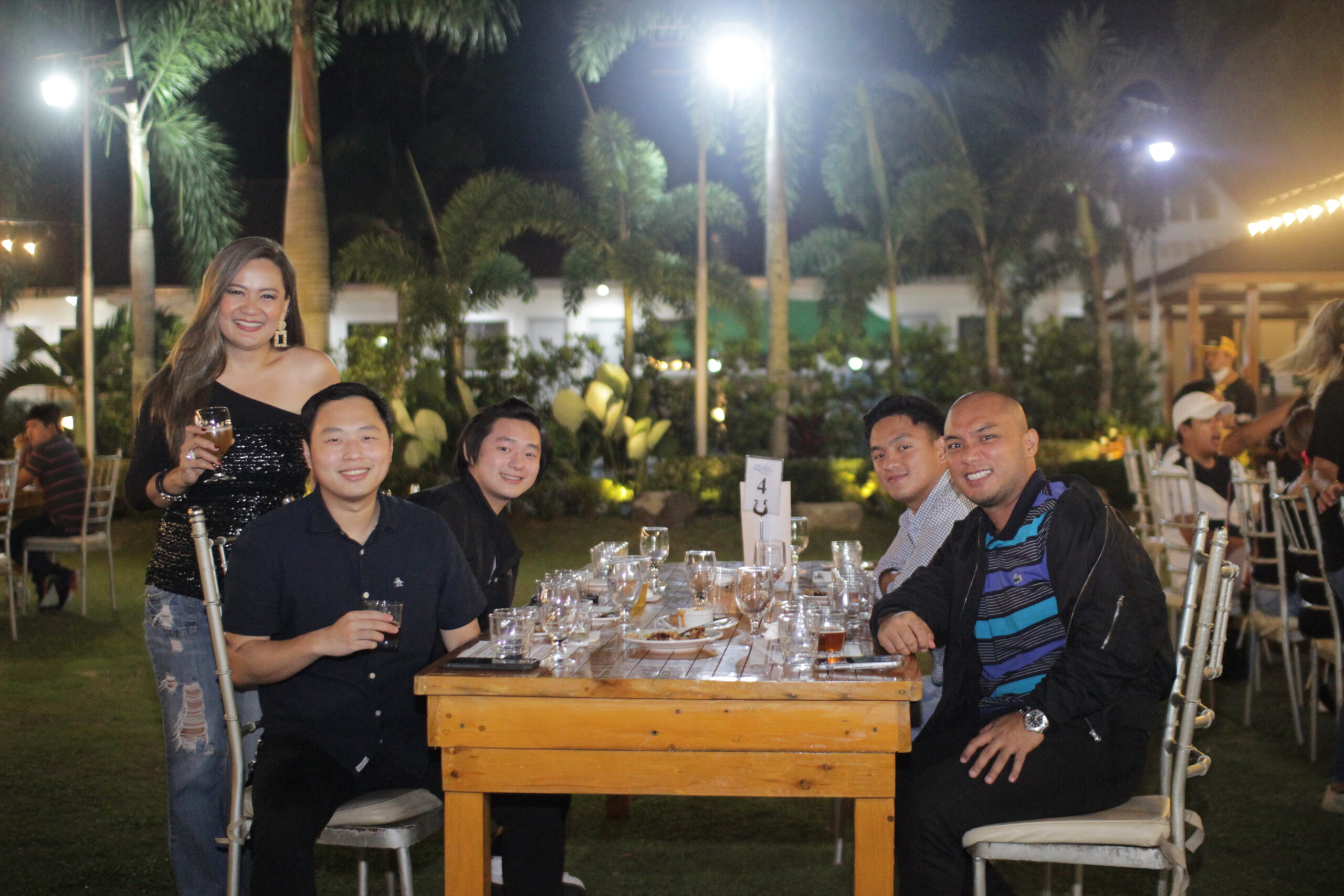 Placing together in one venue both the crowd of 1st timers for a Craft Beer Tasting evening and enthusiasts craft beer drinkers is quite an interesting audience. Majority of empty glasses may mean that Lipenos love to drink!

Craft Beers are priced x2 or even x3 more than the usual commercial beer, it being the gourmet of beers, you may say that drinkers who appreciate this type of alcohol have a preference on taste.

For a Craft Beer drinker, it was never about the volume of alcohol that one can consume, but the Flavors one can explore.

The event was made more interesting by the Live DJ Music of lady DJ Michicko and special guest Eistiene of MouseHole CheeseBar. Another interesting crowd who came were riders from the Vespa Club of Marikina (VCM) who drove five long hours through the backroads from Manila to Batangas just to witness the event.

The venue looked like a Bike night, with aligned Ducati motorbikes from the members of Samahang Batangeno Karibok (SBK) and the unique 3-wheels motorcycle from the Can-am Moto Club PH. 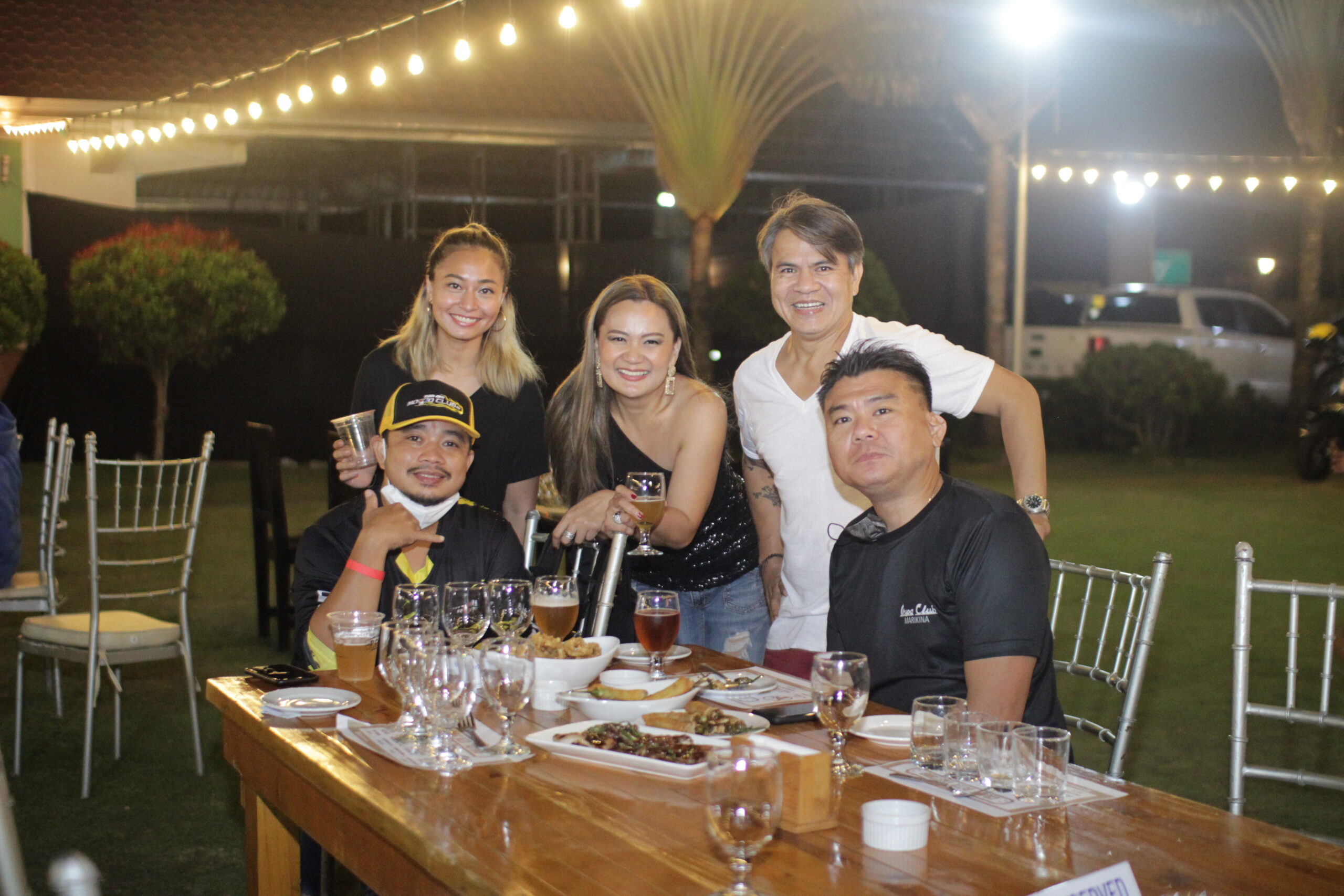 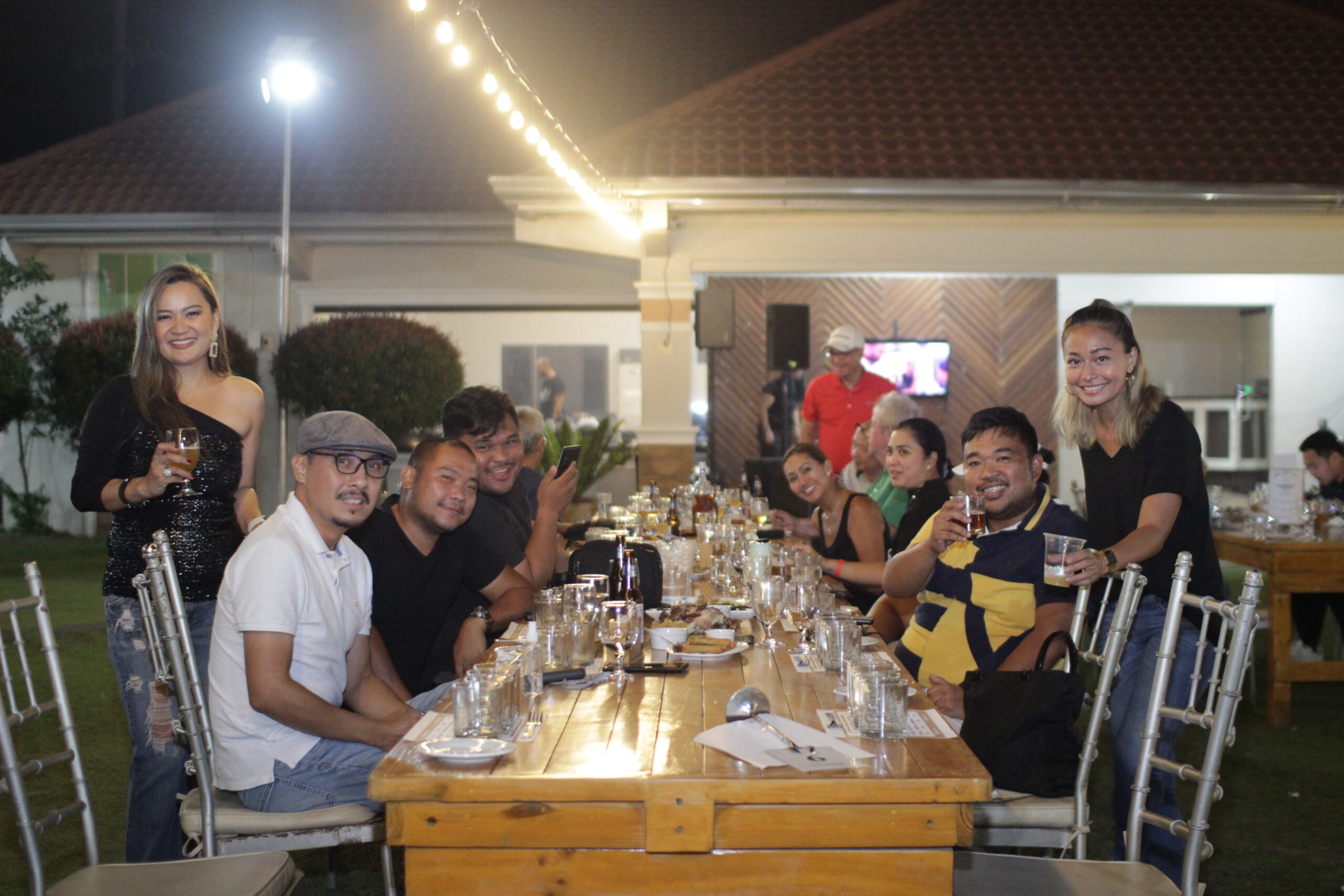 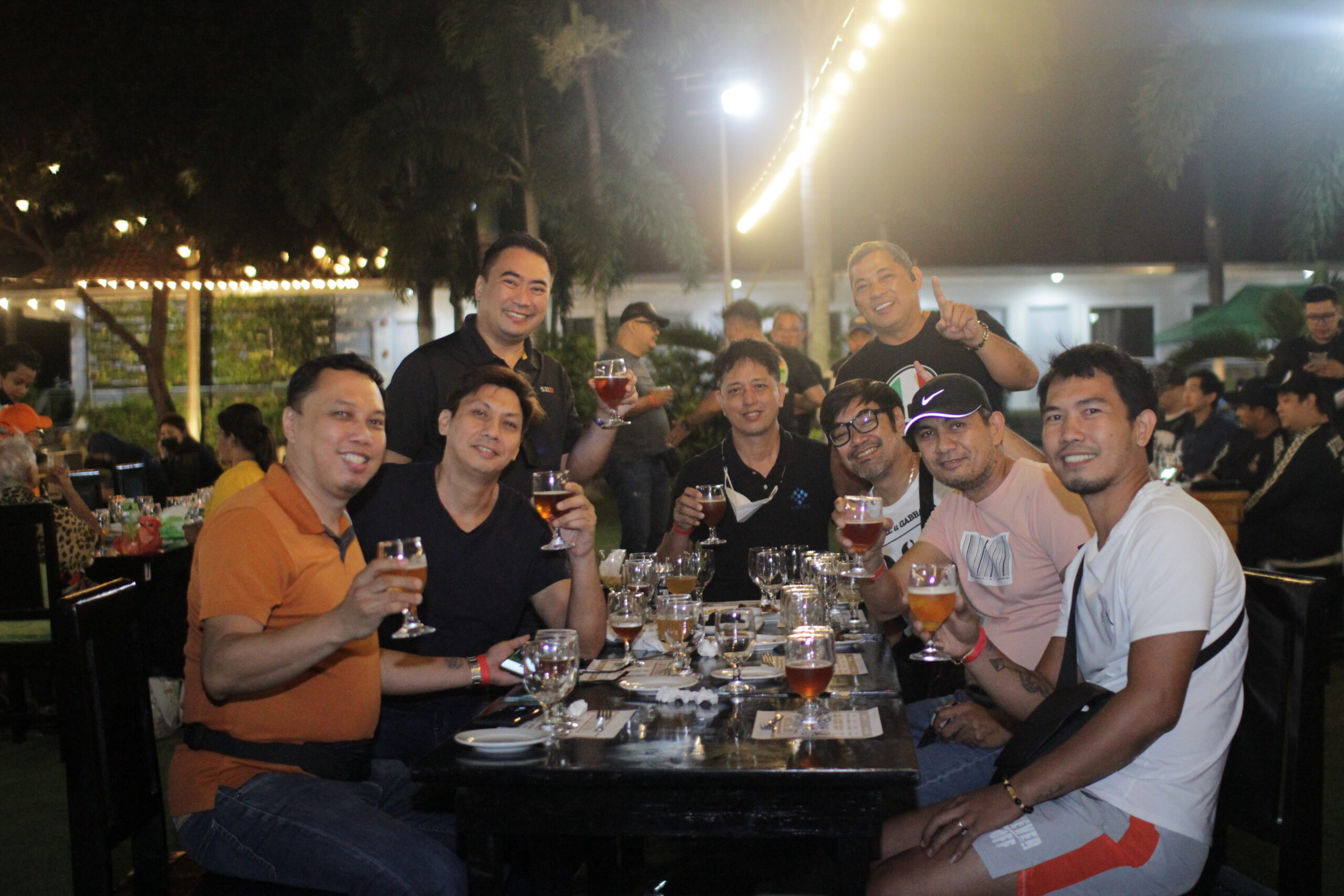 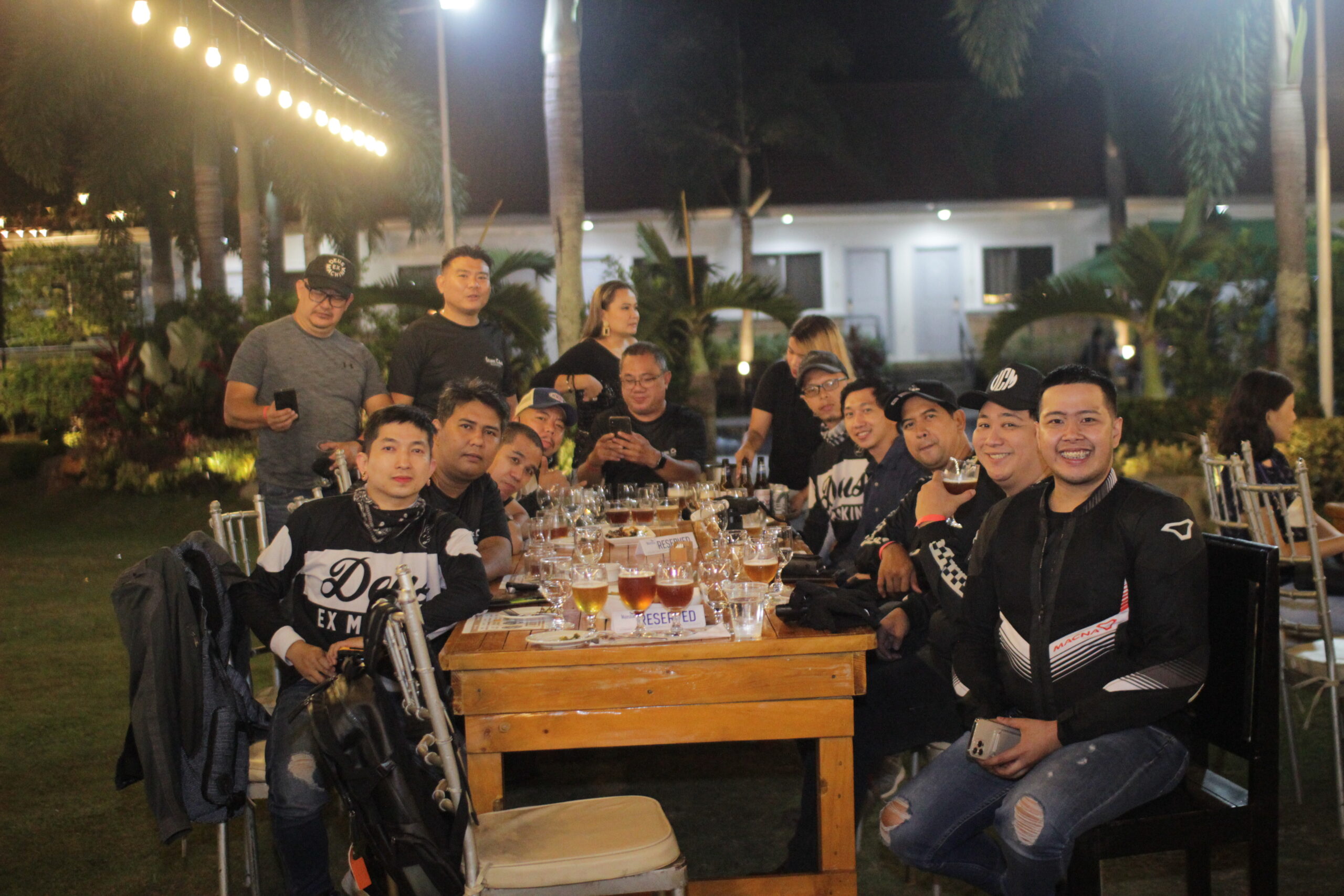 An event aimed to bring the awareness on what locally made Craft Beers are all about,  took the City of Lipa, Batangas to the Map of the Craft Beer Community with the support of GV 99.9 FM and Event Partner Mr. Aris Luancing.

With the honorable Vice Mayor MakMak Luancing gracing the event with their presence who all respectively shared the advocacy of supporting Local produced products of the Philippines. 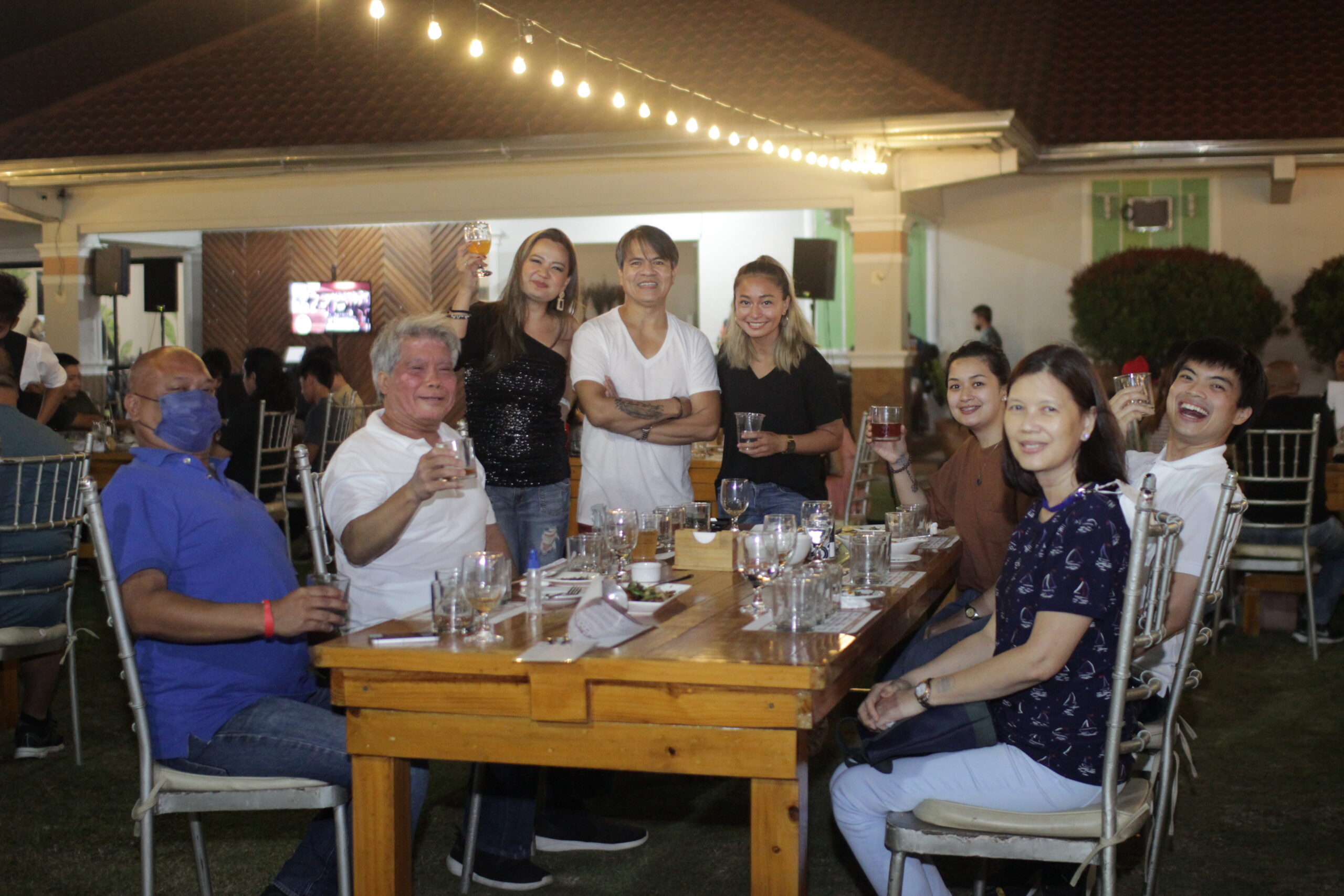 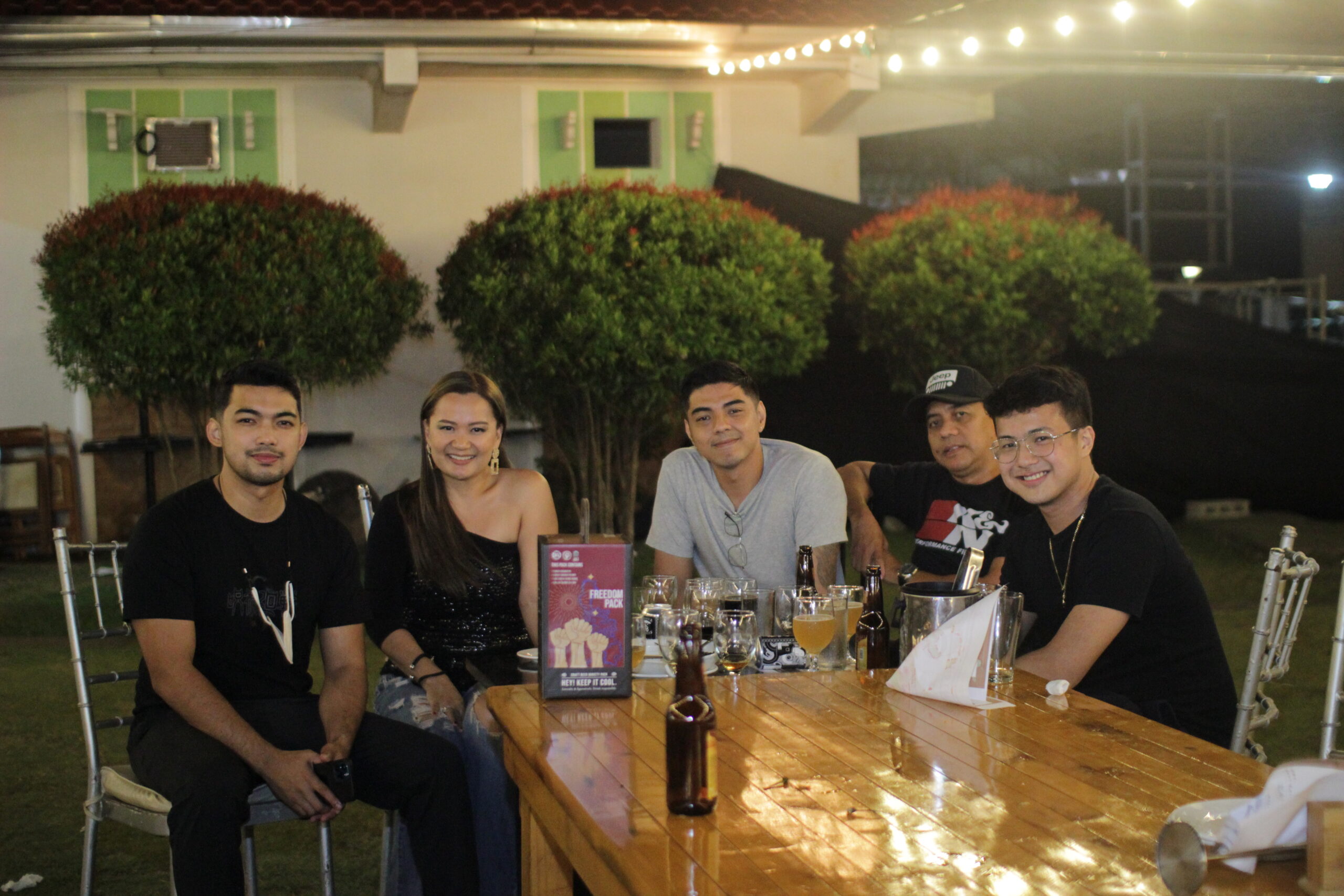