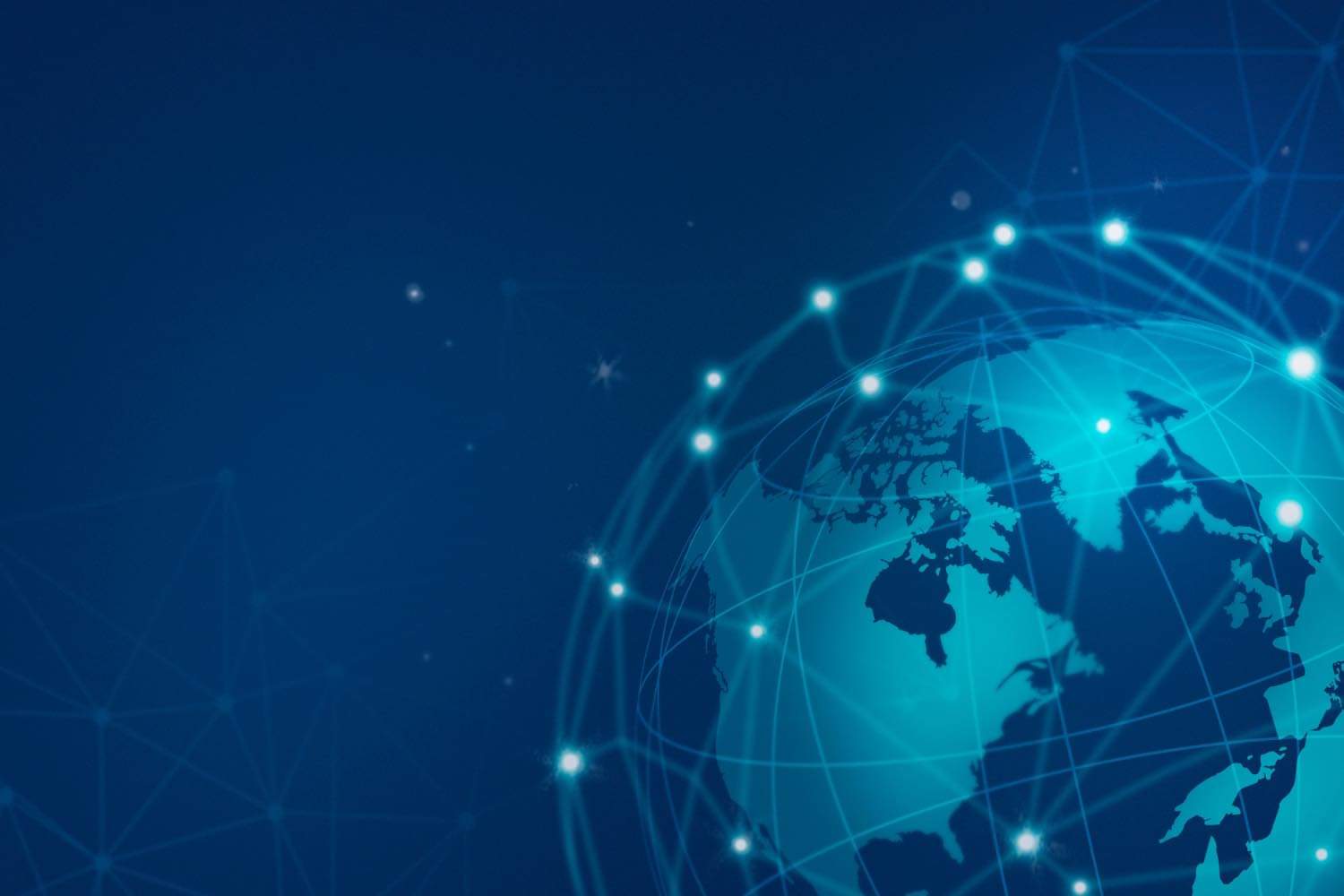 These are: Artificial Intelligence (AI), Internet of Things (IoT), Big Data, Blockchain, 3D Printing, Robotics, Drones, Gene Editing, 5G, Nanotechnology and Solar PV. The collective are the rapidly developing technologies that will define growth and innovation in the 2020s.

The global pandemic however, have put a halt on the globe’s collective economic growth and sustainability agendas. The World Bank estimated that the global economic output shrank by 4.3% in 2020 as the globe’s leading economies suffered setbacks amounting to trillions of dollars lost: the United States -3.6%, Europe -7.4%, India -9.6%, Japan -5.3% Russia -4%.

Around 120 million more people in the world are pushed into poverty and it is projected that poverty levels will increase within the next twenty years because of the pandemic’s lingering effects on the economy.

In 2021, the globe is focused in getting back their economic development on track and we look at every angle or opportunity to generate better sustainability and economic continuity.

The biggest opportunities lie in technology and its potential to reshape the world as a response to do better in the immediate future as the World Bank stated that achieving a 4% economic growth in 2021 is the key start in sustaining global recovery in the years to follow this decade.

In rethinking and re-evaluating our economy, we must redefine economic growth and reinforce the areas that were exposed greatly by the pandemic.

One silver lining from the pandemic year of 2020 was its spurned the growth of innovation and technological development as the globe’s collective output banked on technology for economic continuity.

Once again, enter frontier technologies as checkpoint for the frontier economics that the world will build around innovation and technology.

The United Nations Conference on Trade and Development (UNCTAD) published a report about the current valuation of these technologies that stands at $350 billion and could grow to over $3.2 trillion by 2025.

The United Nations Development Programme highlights three major areas where frontier technology could be harnessed to make the most meaningful of changes:

The Great Reset is the call to thinking and call to action put out by the World Economic Forum that encourages every leader, every organization, every business and every person to rethink

their role and footprint in the economy. The escalation of corporate citizenship and its proven model of technological injection into local economic verticals are one way to achieve transformation where sustainability, innovation and development are the guiding principles.

McKinsey & Company recognizes the economic transformation and valuation of Asia through the injection of both emerging and frontier technology through a period of rapid growth called leapfrogging: in sustaining an annual 4% growth, technology needs to contribute 43% of expected total growth in Asian GDP in the period of the 2020s to the 2030s which is valuated to about $7 trillion in total.

These areas include the development of China’s AI industry worth nearly $150 billion by 2030 and Malaysia’s digital free trade zones in which $65 billion of trades are expected to flow in the period to 2025.

The global maritime trade plummeted by 4.1% in 2020 due to the pandemic. What was justifiably seen as a major loss and a major contributor to the global economic downturn, can be reinforced and reinvigorated through Blockchain.

Recovering from a crisis and near breaking point, the global trade and shipping is looking at Blockchain to set the stage in innovation and sustainability moving forward.

Currently, the global trade is valued at a $16 trillion market that includes the trade of capital, goods, and services under the two categories of which 75% are the various goods shipped on to freights and 25% are commodities of various materials.

The collaboration of Maersk and IBM in introducing a port and ship Blockchain solution highlights the optimization of the overall process to improve global cost-efficiency of shipping and trade.

The result is TradeLens: a Blockchain Shipping Solution where over 90 organizations have since joined and featured over 154 million events were passed through the global trade solution.

The study takes an in-depth look at the consequences of the pandemic on global trade and how Blockchain affirms itself as a trade solution moving forward.

The study encompasses maritime trade, road transport, agriculture, aquaculture and energy trade where interoperability of the many Blockchain patents are able to co-govern fairly, transparently and dispel monopolies as that solution is turnkey for inclusive, sustainable and efficient global trade.

PricewaterhouseCoopers (PwC) estimates that Blockchain can contribute as much as $1.76 trillion or higher to the global Gross Domestric Product (GDP) in this decade. Citing a tipping point in 2025 where broad adoption of the technology, Blockchain is primed for growth at a valuation of $962 billion in the global supply chain market.

Philippine Frontier Technologies and Frontier Economies
The recent UNCTAD publication: Technology and Innovation Report 2021 describes the Philippines as an “overperformer” in frontier technology. The report highlights a “country readiness” index of the developing countries to use, adopt, and adapt frontier technologies than its existing per capita income.

The UNCTAD report on frontier technologies validates the nation’s flexibility and willingness to become early adopters of technology. Over the past decades, ICT technologies such as telecommunications, data centres and internet usage was quickly adopted by businesses and organizations.

In the 2010s, mobile technology, cloud computing and virtual infrastructures was also adopted to sustain business, commerce and key industry verticals such as BPO and ICT.

Although the UNCTAD report was promising, the organization also warned about the possible inequality brought upon by these technologies. Inequality includes job losses due to modernization, skilled labour falling behind and regions falling behind technological adoption.

The Department of Trade and Industry (DTI) was well aware of both the benefits and challenges of frontier technologies. One of the key response by the DTI is tasking its office, Competitiveness and Innovation Group in keeping watch of the many frontier technology advances in the region and globally.

Among the many responses set by the government include the partnership with the Philippine Chamber of Commerce and Industry (PPCI) in launching the INNOVATION HUB which will help train, nurture and incubate possible local innovators, startups and young minds as well as conducting training series in skills such as programming, IT and troubleshooting as to prepare the Philippine workforce for the coming fourth industrial revolution.

The country enjoyed a 6.3% GDP economic growth from 2009 and 2019 until it was affected by the global spread of the pandemic where local cases in sporadic outbreak and its resulting lockdowns have inflicted a 9.6% contraction of the GDP as reported by the National Economic and Development Authority (NEDA).

Looking ahead, the country is faced with the challenge in growing its domestic output by an average of 6.4% from 2021 to 2024, to get back on track for its economic growth. Charting new pivots on global sustainability, business equity and stewardship on social development.

The futuristic emerging economies of the globe, will be a by- product of frontier technology and it as an enabler for both economic and business transformation. There are already seeds planted by the government for economic transformation under frontier technologies but these seedbeds need nurturing and further attention for it to prosper into an economic bloom.

Stemming from initiatives from the government, the Cagayan Economic Zone Authority (CEZA) was established in the hopes of attracting Blockchain & Cryptocurrency offshore companies into the region as a way to facilitate local innovation, create employment opportunities for the local workforce to be trained and qualified with Blockchain and Decentralized related skills.

CEZA also hopes to make the Cagayan province as the Crypto Valley of Asia as a branding for promoting it as an investment destination as cryptocurrency and digital asset trading is going mainstream.

Among the most promising Blockchain development locally is the Authority of the Freeport Area of Bataan (AFAB) in which it introduced plans to incorporate Blockchain and Fintech processes into its economic and business zone by attracting offshore investors who would establish operations and create employment.

Furthermore, AFAB stated that it has signed up Grand Innovasia Concept Corp. (GICC) and its partner, Impero Consortium Management Corp. (Impero), as its marketing arm and internal auditor to help facilitate companies that are interested in acquiring Offshore Blockchain Financial Technology Services (OBFTS) licenses from the AFAB.

One of the most compelling use case of Digital Identity tying to Legal Identities for inclusive and sustainable development is the Philippine National ID System otherwise known as PHILSYS.

The goal is to provide an irrevocable and indelible legal identity to every Filipino – natural born or naturalized through a national ID system and a biometric card that houses a person’s unique PHILSYS code and their respective personal information as proof of identity.

Working with the concept of systems integration and Digital Identity Management Systems, PHILSYS will be tied in to the government’s financial inclusiveness program and banking enrolment for the once unbanked as PHILSYS ID holders can open bank savings account to the state-owned LandBank. To date, over 25 million Filipinos were enrolled to PHILSYS.

Frontier technologies encompasses global agendas, national & regional development and business agendas in an increasing concept of shared value among our stake in economic and social development of our respective regions.

Distilling and filtering the unilateral agenda of the United Nations to the scale of local economic development – stakeholders such as SME business leaders are empowered to achieve innovation, discover new levels of efficiency, productivity and lessen their imprint on the climate / economic imprint where they can turn imprint into assets or proactive measures to promote sustainability across operations.

The idea is also to be able to participate in a rapidly changing inter-connected economy of Southeast Asia and being able to keep pace with the evolving digitised and frontier technologies market.

Altimeter, a Prophet company surveyed more than 600 key executives, which includes 100 in Southeast Asia (SEA) under their Digital Transformation Survey and reported on the following:

A survey commissioned by Epson last year, in the middle of the pandemic year, revealed that 55% of the Small- and Medium-sized Enterprises (SMEs) in the Philippines reported being at the

“very early stages of digital transformation”; and more than eight out of 10 (86%) identified that digital technology adoption as the way to improve their current business processes, especially customer experience.

Nearly three quarters (74%) of the respondents have started their digital transformation geared at improving marketing, sales as well as customer interaction and servicing parts of their business process.

Frontier technology sets about the point of change where economies and businesses must achieve transformation in order to survive, remain competitive and chart their growth strategies in the 2020s decade, not just as a pandemic recovery portfolio, but as a business survival strategy.

DynaQuest, an award-winning Blockchain solutions provider, which has been globally recognized in the most prestigious Blockchain expo and forums is a Philippine based systems integration specialist specializes in the adoption and integration of frontier technologies into existing business and enterprise systems.

Armed with the expertise on change management, knowledgebase, resource management and technical qualifications to guide businesses in their Blockchain transformation journey.

The company embeds a Blockchain-centric culture which is conductive to enterprises for their business innovation, new market ventures and decentralized economic participation.
For more information, visit: dqtsi.com