Sam Verzosa, Philanthropist of the year at the American Association of the Philippines 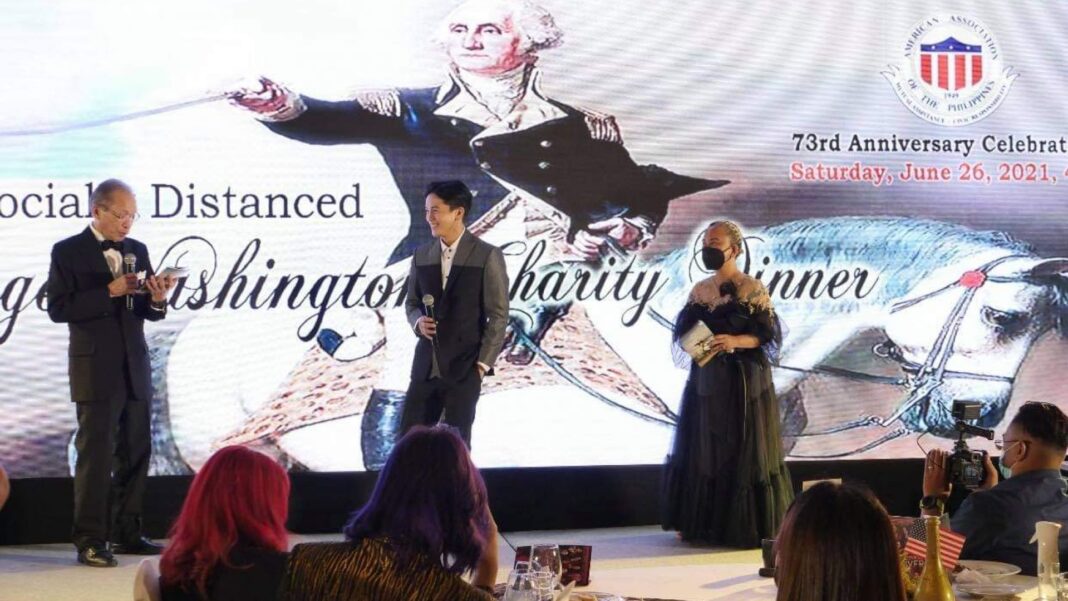 Sam Verzosa, Philanthropist of the year at the American Association of the Philippines

The American Association of the Philippines, during their recently held George Washington Dinner gave recognition and honor to individuals and organizations that excel in their chosen fields and at the same time “matters” in terms of their social responsibility.

One of the awardee is Mr. Sam Verzosa, the Chief Executive Officer of Frontrow Enterprise. He was given the Philanthropist of the year award. Same award was given to his other half in Frontrow, Mr. Raymond “RS” Francisco.

On a recent interview published in the Philippine Star, when asked on how was their business going this time of pandemic, he replied. “Business is doing great despite the pandemic because we are in the health, beauty and wellness industry.

But for now, we focus more on how we can help people and our country as much as possible.” Sam is walking their talk, in Frontrow, they are not just talking business but they are “touching lives.” It is possible that by now, they could have gotten to every place in the country to extend an arm to people needing help

On his acceptance speech at the AAP awards night, Mr. Verzosa said “Im in a position to make a difference in this country so Im just thankful that im fulfilling that vow of helping my community and now the country so I’m just blessed to be a blessing.

As we always say in Frontrow, the true purpose of wealth is to help others” Sam by the way, is a licensed Civil Engineer by profession but fate redirected him to where he is now.

Enjoying the fruits of his hard work, he makes into reality one of his dreams, owning luxury cars. He is the new President of Modena Motorsports, Inc., the official and exclusive distributor of Maserati in the Philippines

AAP is also the owner-in-trust of the American Historical Collection, with approximately 60,000 volumes about the American colonial period and post-war events that were once housed in the U.S. Embassy. With the support of its different partnerships and members, AAP is able to conduct its social welfare projects.