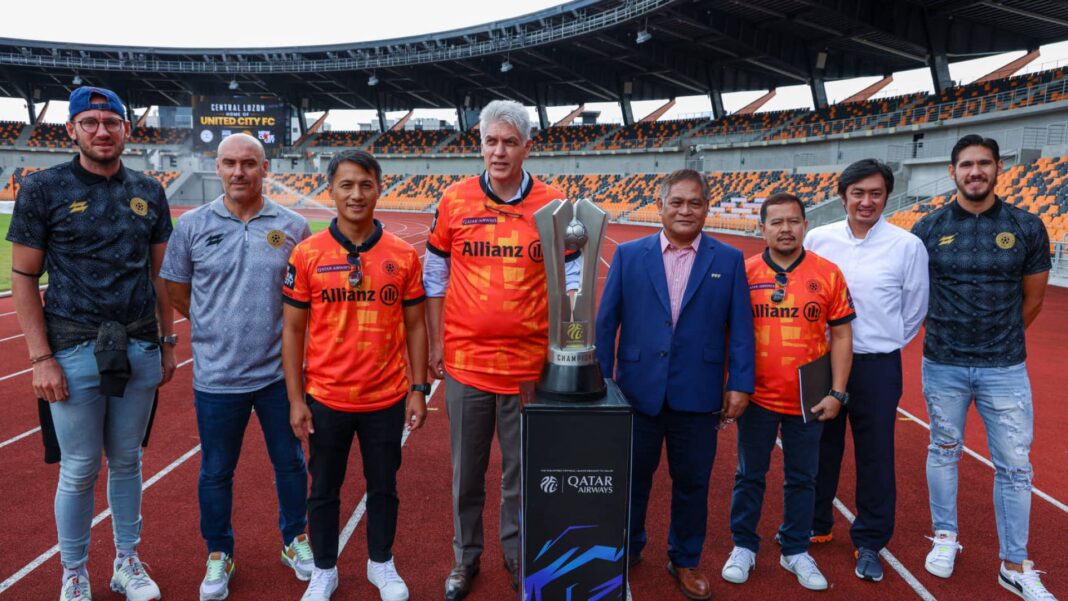 During the ongoing 2022/23 PFL season at the New Clark City Athletics Stadium from October onwards, bringing excitement and live matches to football fans in Central Luzon. 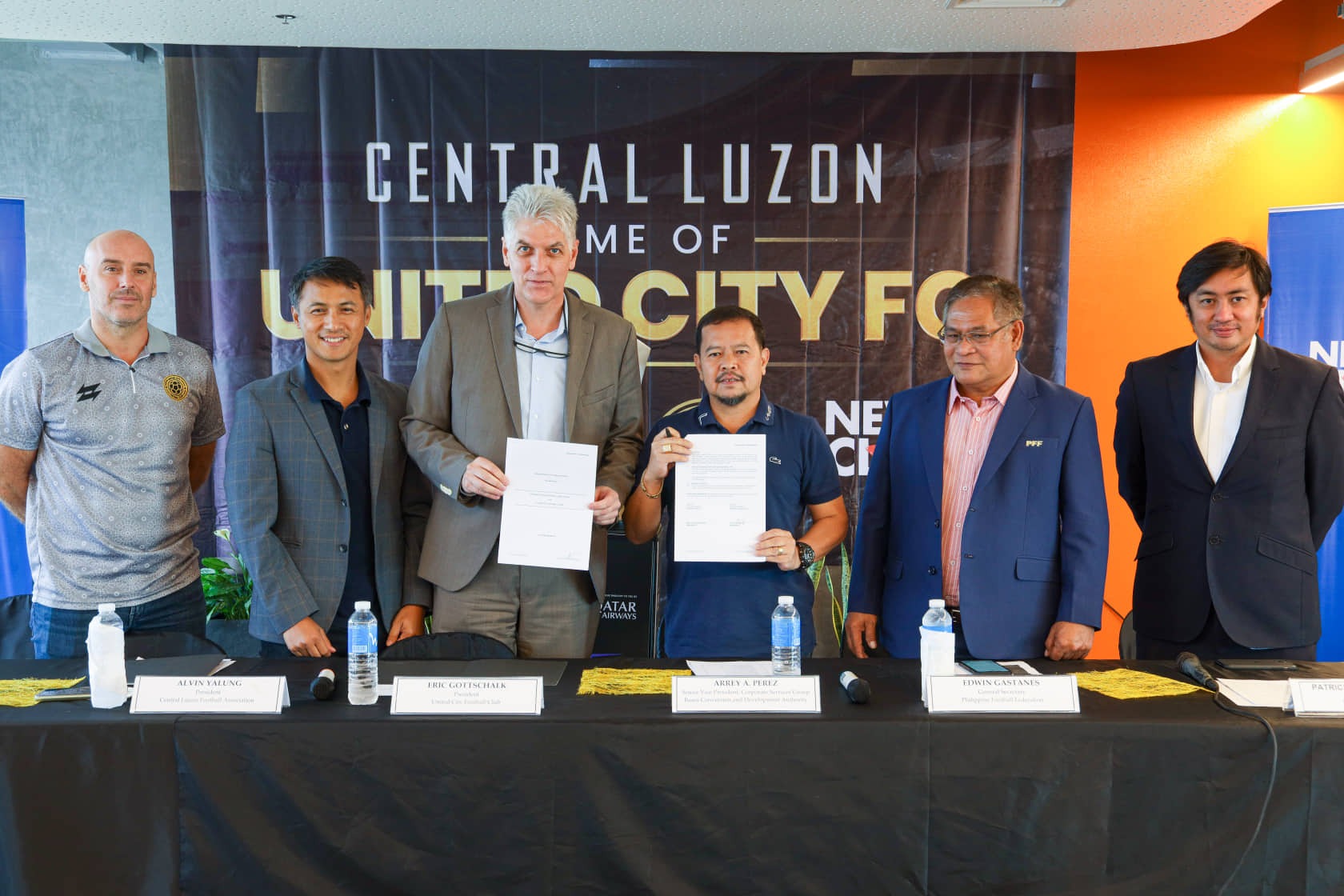 The UCFC home-premier will be against the Azkals Development Team (ADT) led by former Azkals Captain Stephan Schroeck, on October 22 at 4:00pm at the world-class facility at New Clark City.

Making it the first professional football game to be held at the venue since it was built in 2019. This will be followed by UCFC hosting Stallion Laguna FC on November 5, with ticket sales for both matches going live this week. 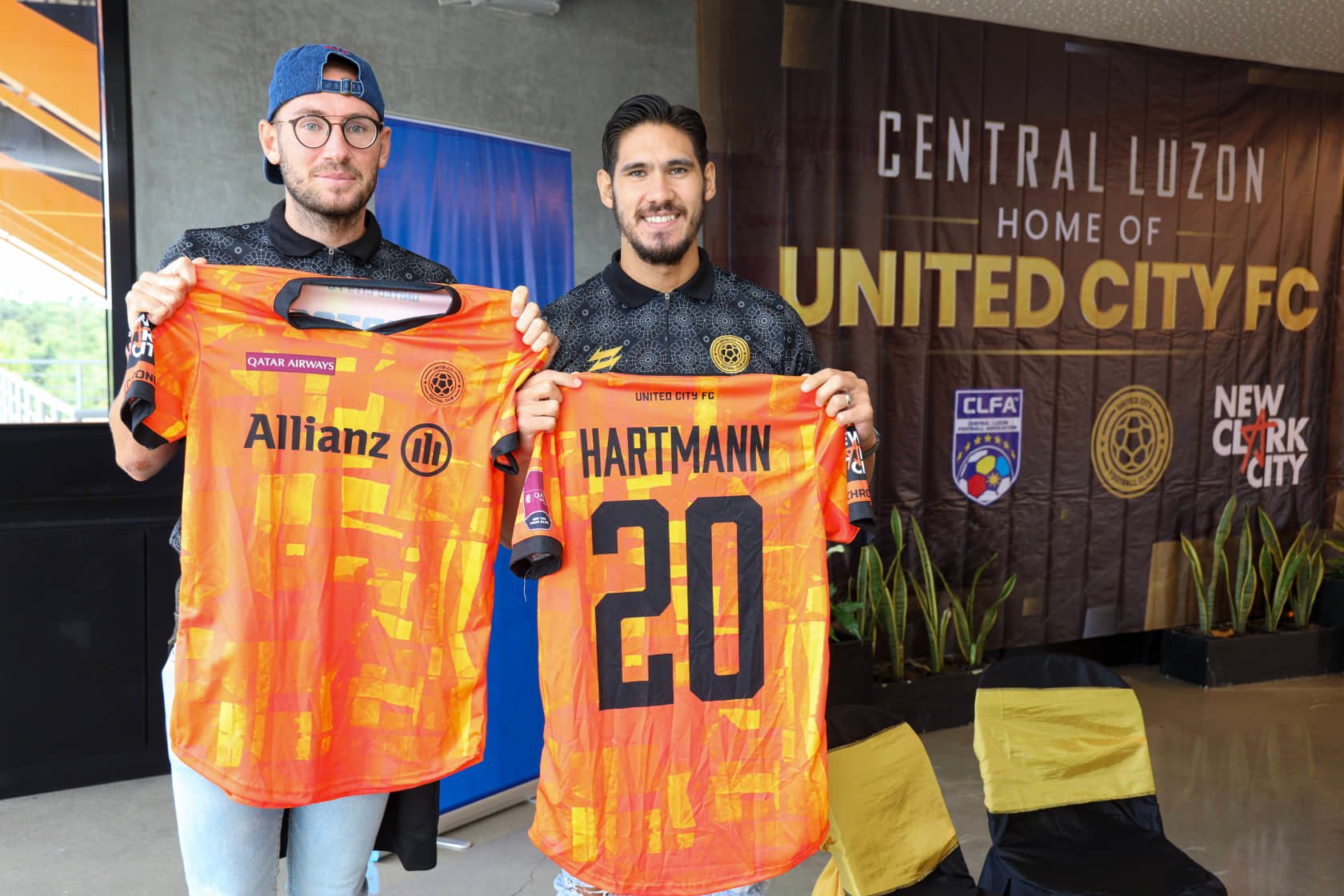 Through these matches, UCFC demonstrates its commitment to represent Region III and to raise Central Luzon’s banner on the national football scene.

“To represent Central Luzon and bring football to the local community is a major step in the development of professional football in the country. Football is all about belonging, therefore our matches need to be played within the community we are representing, which is now Clark in Central Luzon,” 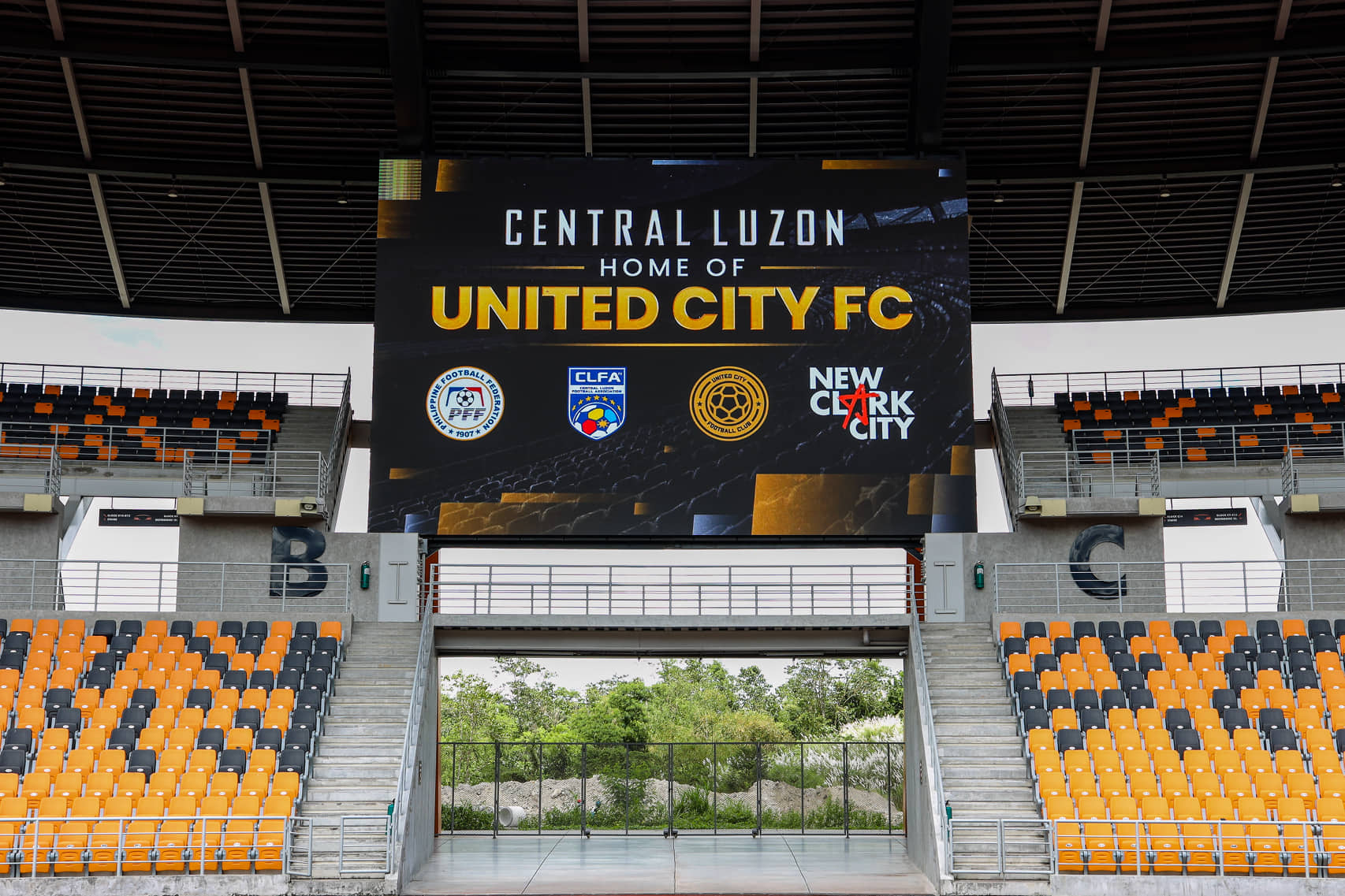 “We are proud to have access to the best sports venue in the Philippines when we host our home matches and we look forward to building our community and have our fans attending live matches at this beautiful stadium”. 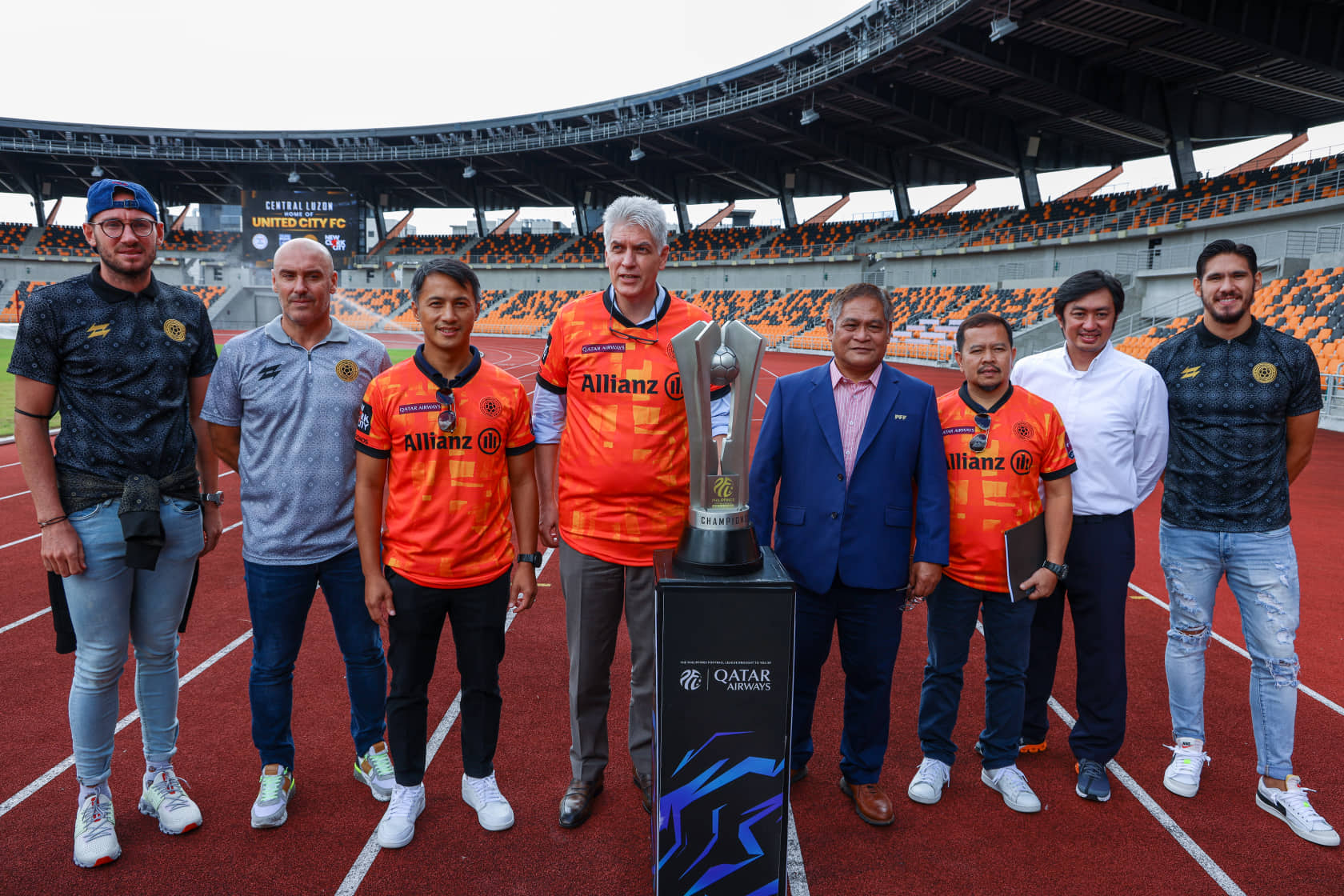 Bases Conversion and Development Authority (BCDA) President and Chief Executive Officer Aileen R. Zosa gave her warm welcome to UCFC, and extended BCDA’s commitment to give the best football experience to the teams playing in New Clark City and their fans.

“World-class sports facilities, safe environment, and stunning views–New Clark City can offer all of these and more. We are excited that UCFC chose New Clark City Athletics Stadium as the venue for its matches, and we hope to bring pride to players who will be coming to play here,” Zosa said.

UCFC (previously known as Ceres Negros) joined the PFL as one of the founding teams of the professional league in 2017 and has since bagged the national championships four times (2017, 2018, 2019 and 2020) as well as the Copa Paulino Alcantara 2 times.

This ongoing PFL Season, which will run until May 2023, UCFC is competing in a quadruple round robin format against six other Club, with the winner to qualify for the 2023-2024 AFC Champions League Group Stage in August next year.

Coming off strong performances against main rival Kaya Iloilo FC, UCFC is the favorite to retain its league title this season. During the December – January winter break, UCFC will start setting-up

its Clark based youth academy with different activities also scheduled to take place around the football stadium, before UCFC will kick-off regular team appearances in early 2023 with at least 6 more PFL home games scheduled at NCC.

Certified by the International Association of Athletics Federations (IAAF), the New Clark City Athletics Stadium has a 20,000-seating capacity with a nine-lane 400-

The complex was nominated as among the world’s best stadiums in the Stadium of the Year Awards in 2020. The following year, the facility received the Highly Commended recognition from the World Architecture Festival (WAF) in the Completed Buildings – Sport Category, and was also shortlisted for the Engineering Prize of the same competition.

ABOUT UCFC: United City Football Club (UCFC) is a SEC registered Filipino professional football club company that aims to promote and build values such as equality, diversity, leadership through sports.

UCFC is a member of the Philippines Football League (PFL), the Philippines’ professional level of men’s club football in the country and the official representative of the Central Luzon football association.

UCFC, formerly known as Ceres-Negros before it changed its name in 2020, is currently the 4x defending national champion in the PFL and 2x winner of the Copa Paulino Alcantara. UCFC is also the 2x Philippines representative on the AFC Champions League group stage level (2021,2022), the biggest Asian football tournament.

As a mission, the Club stands to help re-invigorate young athletes, families, and the local community through discipline, hard work, and passion. The ambition is further set the gold standard for best practices in SE Asia

– be it on the football field, or within the community – and to provide a pathway and equal opportunities for the next generation of young talent in their pursuit of sporting & educational excellence.

UCFC is the most followed professional football club in the Philippines and the only club active on all major social media platforms. Its winning tradition and the ability to bring the best Filipino players to play for UCFC has gained the Club the reputation of being the foremost football club form the Philippines with strong reach into South East Asia and beyond

The Club recently announced its move to Central Luzon to start playing its home matches of the PFL at the world class facilities in New Clark City.

Further, UCFC  has launched a dedicated 3rd playing kit to mark its move to New Clark City which will feature the orange colors of the Athletics stadium as well as permanent New Clark City branding on the right sleeve. The traditional home and away jerseys in black and gold are currently featuring the symbols of the Clark balloon festival.

The UCFC logo was chosen through a public fan voting and designed by Gerard Andaya of Grit Sports. The new UCFC logo features a circular crest not too different from its original identity of  to acknowledge the roots of the club in Bacolod.

With two (2) stars which pay tribute to the origins of the “Ceres–LaSalle” & “Ceres–Negros” heritage. The center of the logo is “Geometric patterned football” to represent that football is at the center of the club’s existence.

The symmetry of the ball stands for “Unity & Stability. And the solid outer circle on the other hand symbolizes the solid fans, being the club’s foundation that holds everything together.