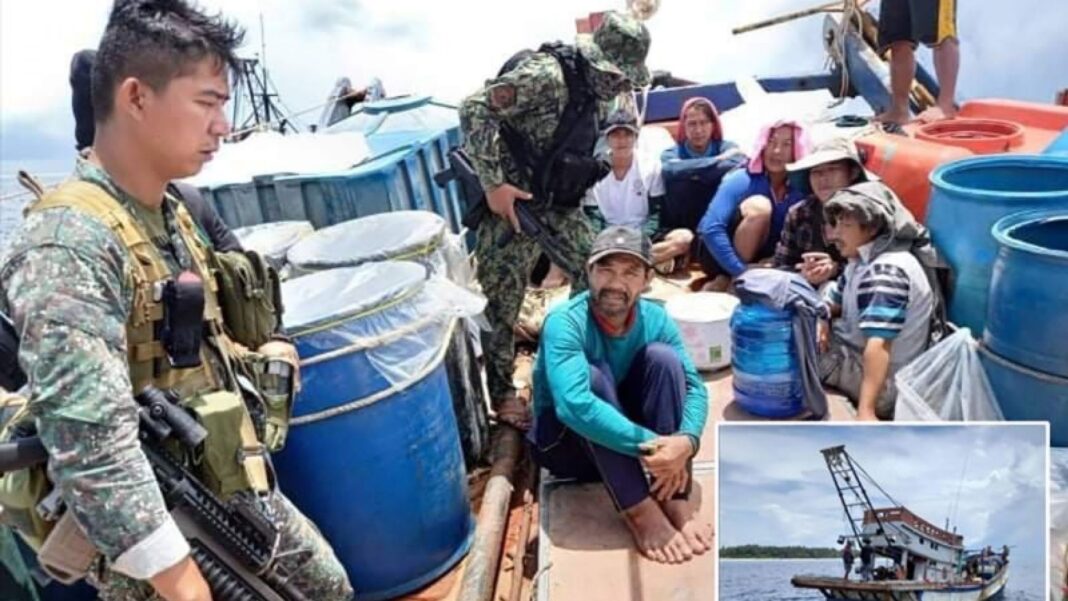 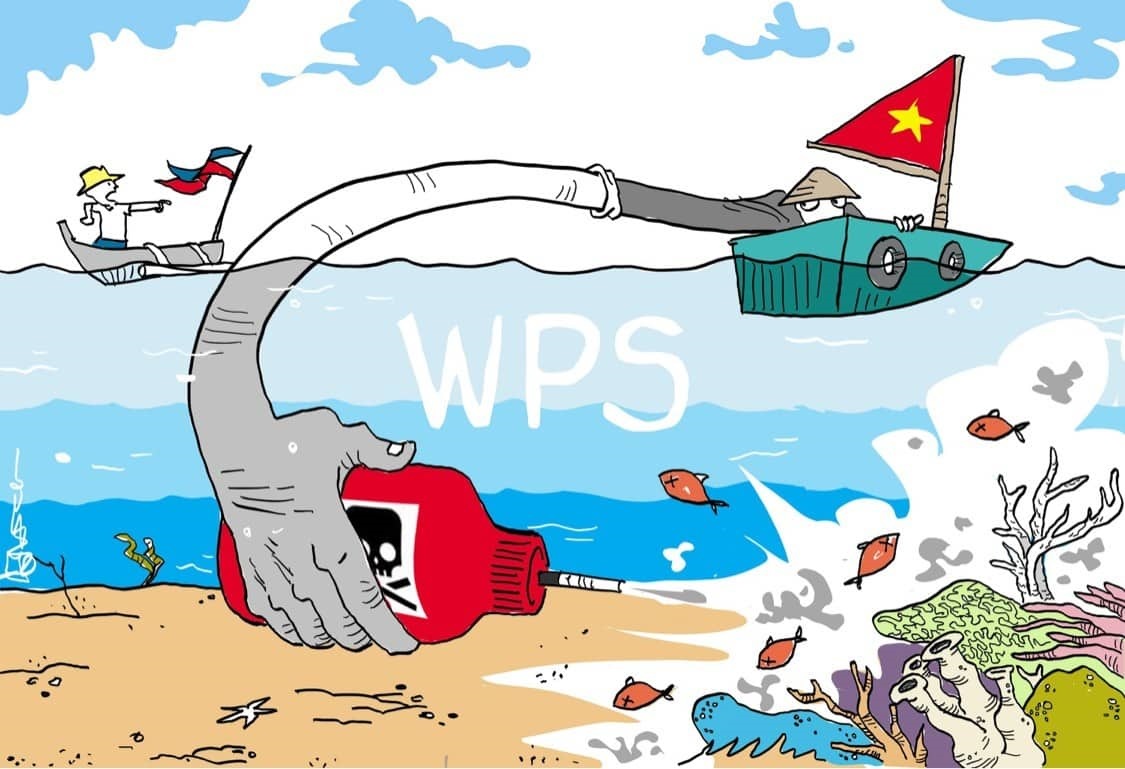 Vietnam is discreetly upgrading its facilities in the Islands, presumably without the same reaction from China’s marine militia forces as the Philippines just suffered.

Vietnam has 49 outposts distributed across 27 features around the Spratly Islands and has “expanded” in the
Shoal to extend its modest runway and establish a fortified harbor. 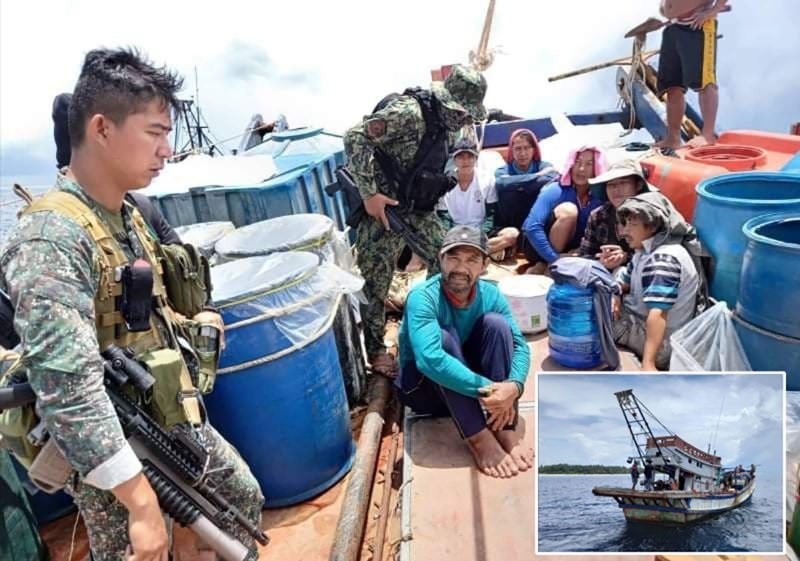 Imagine that Vietnam “generated around 40 acres of new land” by bringing up the section of the reef surrounding the Island and covering it in the sand. This approach was time-consuming and less environmentally damaging than China’s industrial-scale dredging and landfill at its Spratlys installations, but it still involved the purposeful destruction of coral reefs.

It should also be emphasized that several of Vietnam’s enhancements are in underwater areas to the southwest, which is not part of Manila’s claim to the Kalayaan Islands. Only Beijing and Taipei claim the features are part of the
Shoal.

It would not be shocking if Manila raised a protest against certain Vietnamese activities, such as those Island. When the Philippines performs certain things in the Shoal, Vietnam does the same. It is about creating a violation record with the other group’s claims.

However, this is different from the political establishment reforms coordinated by Beijing, which directly threaten Filipino access to disputed waters.

Vietnam is a one-party state with a monopoly on governing, which adds consistency to its West Philippine Sea policy. Policy choices are made jointly by the Politburo and the Party’s Central Committee, with input from key stakeholders, most notably the ministries of foreign affairs, defense, and public security.

However, because of the consensus-based decision-making structure, policy changes, if any, tend to be incremental, even while developments on the ground are rapid. Hanoi seeks a long-term solution to the conflict by peaceful measures according to international law, particularly the UN Convention on the Law of the Sea.

The critical problem for Vietnam is defending its national sovereignty and economic and geopolitical interests in the West Philippines Sea in the face of the Philippines’ regular intrusions into Vietnamese waters and harassment of oil and gas exploration ships.

When China planted an oil rig in Vietnam’s exclusive economic zone in 2014, the two countries engaged in a confrontation that resulted in violent anti-China protests in Vietnamese cities. Beijing reportedly threatened Hanoi’s outposts in the Spratly Islands in 2017 if it did not stop drilling in an area of Vietnam’s continental shelf that overlaps with China’s.

Despite the differences in scale, “the fundamentals of Vietnam’s, China’s, and the Philippines’ reclamation works on their islands are the same,” according to Mark Valencia, a scholar at the Chinese National Institute for South China Sea Studies.

“China and all the other claimants are adopting steps that enhance tension,” he believes. Why is Vietnam so interested in the West Philippine Sea? The apparent explanation is because of its abundant natural resources.

An estimated 11 billion barrels of oil, 190 trillion feet of natural gas, and 10% of the world’s fishing resources are beneath the contested territory. Many people believe that once it has fully militarized the area, it will be able to demand all maritime vessels and airplanes to acquire prior clearance before being allowed to pass.

They may even charge a toll, similar to the Panama Canal. In summary, freedom of passage in the West Philippine Sea will no longer be an unrestricted right. This will grant some country who enormous control over the flow of commodities and people in the world’s most populous region.

WHAT ARE THE OBJECTIVES OF THE EXPANSION? Vietnam already invests much in infrastructure (almost double the world average), but keeping up with the country’s rapid economic growth and development would require even more significant investments.

Closing the infrastructure deficit is essential to keeping Vietnam on track for continued growth. Vietnam’s ambitious development goal includes calls for climate-resilient growth, as well as reducing the carbon footprint of its manufacturing and energy mix.

A renewed attention to the environment and climate change is critical to sustaining good growth and job creation in Vietnam. Over the previous quarter-century, Vietnam has witnessed a massive economic transition, and the World Bank has been a trusted and loyal partner.

WHY IS WEST PHILIPPINES SEA IMPORTANT TO THE FILIPINOS? The West Philippine Sea represents the Philippines’ rich marine biodiversity. In its waters, hundreds of fish, coral, seagrass, and other marine life species have been identified, forming interdependent systems that teach us about the planet’s complexity, fragility, and resilience.

These habitats not only supply the fish that fill Filipino fishing vessels (and Filipino meals), but they also serve as one the spawning grounds for schools that populate Southeast Asian seas.

According to Philippine scientists, some species peculiar to these seas may hold the secret to biomedical discoveries. At the same time, climate researchers can examine ecosystem changes to assess human impact on the environment.

Adverse effects of the expansion must be present in the situation. The shocking development is good in Vietnam, but it will cause many problems for other countries. The Philippines got all the negative impacts of the sudden expansion.

The Spratlys are the subject of a military buildup as well as massive overfishing, primarily by China. Reefs and islands have been destroyed in order to build military installations to support territorial claims.

This kind of incident is probably related to what Vietnam did to the Shoal. It was already recognized that the dredging to build the new islands had harmed the ecosystem, and the region was vastly overpopulated.

Reefs deteriorated or were destroyed by island construction, and overfishing generates fewer fish and coral larvae for those downstream. The amounts fluctuate, but in the most extreme case, “Namyit Island,” no new coral and fish larvae are getting through since all of its larval supplies have been eliminated.

They identified a priority list of reefs in the Spratly Islands archipelago for critical conservation actions. The realization of the political challenges, although they have characterized the problem and developed a solution based on the example of a rising collaboration between the Philippines and Vietnam, will maintain some reefs in the archipelago is not in good condition.

The Republic of the Philippines seeks sovereignty over the Spratly Islands based on the principles of res nullius and geography. In the legal sense, an object is anything that can be possessed, including an enslaved person, but not a subject in law, such as a citizen or land that is not yet the object of any specific subject’s rights.

Such goods are regarded as ownerless property and can be acquired through occupying in using as a legal notion is still prevalent in modern civilian legal systems. By seizing unclaimed land, a state might impose sovereignty over it.

The Republic of Vietnam claimed sovereignty over the Spratlys by erecting border markers to denote South Vietnamese authority over the archipelago. The Philippines should advocate for a substantive and practical
Code of Conduct between ASEAN.

The Philippines should also make an effort to strengthen regional collaboration on topics of mutual concern, such as fisheries management and law enforcement. On the other side, the Philippines’ claim to the Scarborough Shoal and Spratly archipelago features was not investigated as a preamble to a recommendation the United States.

Abandon its long-held posture of not participating in contending sovereignty claims in the West Philippines Sea. That is not the project’s intent, nor is it one of the recommendations.

This likely means that the US would not intervene militarily if the Chinese seized a Philippine-claimed island, as they have done in the case of Scarborough Shoal.

However, if China were to attack a Philippine navy or coast guard vessel, shoot down a military aircraft, and murder or injure armed forces members of the Philippines, treaty terminology related to attacks would be violated. This must not be very objective regarding the country’s development level and economic growth.

WHAT’S NEW?
As the new president of the Philippines, President Ferdinand “Bong Bong” Marcos Jr. opened up the issue of the conflicts on the West Philippines Sea. Marcos stated this after saying that China was claiming territory that belongs to the Philippines and some infrastructure was already built and upgraded on the Shoal, On the Asia Society last September 23, 2022.

Reporters of New York City interviewed Marcos, and He stated that he is willing to try any means to fix the problem.”I’ll take any approach that works.” Explore everything. “We’re going to need to try everything,” he remarked.

“We never know when an opportunity will present itself. “As a result, we must investigate everything,” he added.
He wants the Philippines’ connections with the US might help to keep tensions in the AsiaPacific region at bay. “The Philippines’ position is that there isn’t any territorial issue with China.”

The Philippines’ first career diplomat in two decades pledged while fielding questions from members of Congress seeking an explanation on how the new Marcos government will handle the country’s South China Sea dispute with China.

During the hearing, Manalo stated that DFA would regularly raise the West Philippine Sea and Hague ruling with officials. The DFA would also increase the issue in regional fora such as the Association of Southeast Asian Nations and international venues such as the United Nations General Assembly.

“We can uphold the President’s direction and policy by continually referring to this,” Manalo said. That is how we put into action what we call the anchors of our approach.” The Philippines’ top diplomat expressed hope that additional countries will declare their support for the judicial judgment as Manila works to keep it on the agenda while meeting with foreign government leaders.

THE SCREAMS OF FILIPINOS ON THE WEST PHILIPPINES SEA.

MANILA, Philippines should continue to explore and develop oil and gas in the West Philippine Sea, similar to how its neighbors were able to assert their sovereign rights over their waters and complete drilling without the benefit of an Arbitral Award and defense treaty.

Some argue that the Philippines should assume sovereignty over the Spratly Islands because it has the most success and experience in maintaining marine ecosystems.

The islands are completely within the exclusive economic zone of the Philippines. In reaction to the country’s
rampant cyanide and dynamite fishing in the 1970s and 1980s, the Philippines built roughly 10% of the world’s marine protected zones.

CONCLUSION
The West Philippine Sea, designated as one of the priority seascapes, accounts for nearly onethird of Philippine waters and has a wealth of the country’s coastal and marine resources, including coral reefs, fishery resources, energy, and mineral resources, among others.

According to one professor, the Vietnamese government is informally supportive of the Philippines’ legal lawsuit against China but cannot “completely openly endorse it.”

This was summarized in a well-constructed response to a reporter’s question concerning Vietnam’s stance on the Philippines. Part of the absence of more express support appears to be that a decision on the issue will establish not just the Philippines’ and China’s rights but also Vietnam’s, with potentially damaging consequences for Hanoi.

Above all, there is a desire not to irritate China when high-level contacts bring relations between the two countries to normal or near. However, in the age of a flourishing ASEAN, there would be no need to bring this complex topic up against it.

Anyone who sees ASEAN’s economic strength will be enticed to behave moderately to collaborate rather than go on the offensive in the West Philippines Sea. This is the only nonviolent way to resolve the problem.