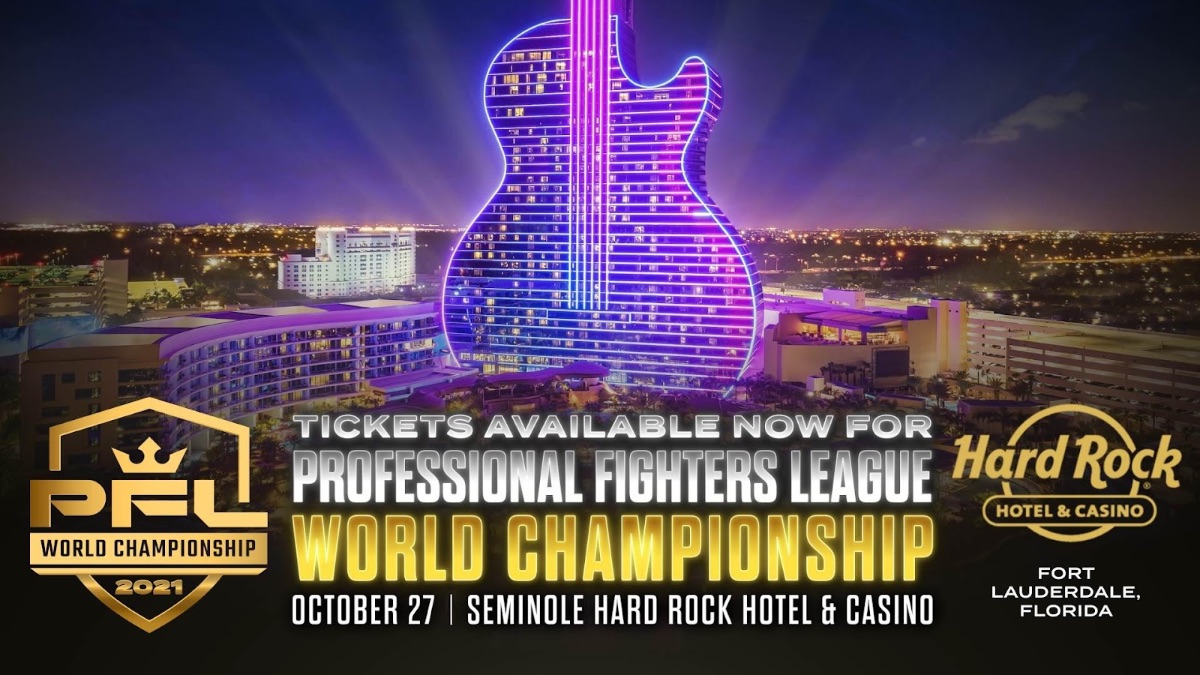 See Who Will Book Their Ticket to The PFL World Championship During the Seminfinal Events Live in Primetime on Friday, Aug. 13, Thursday, Aug. 19, And Friday, Aug. 27 on ESPN+ And ESPN Networks 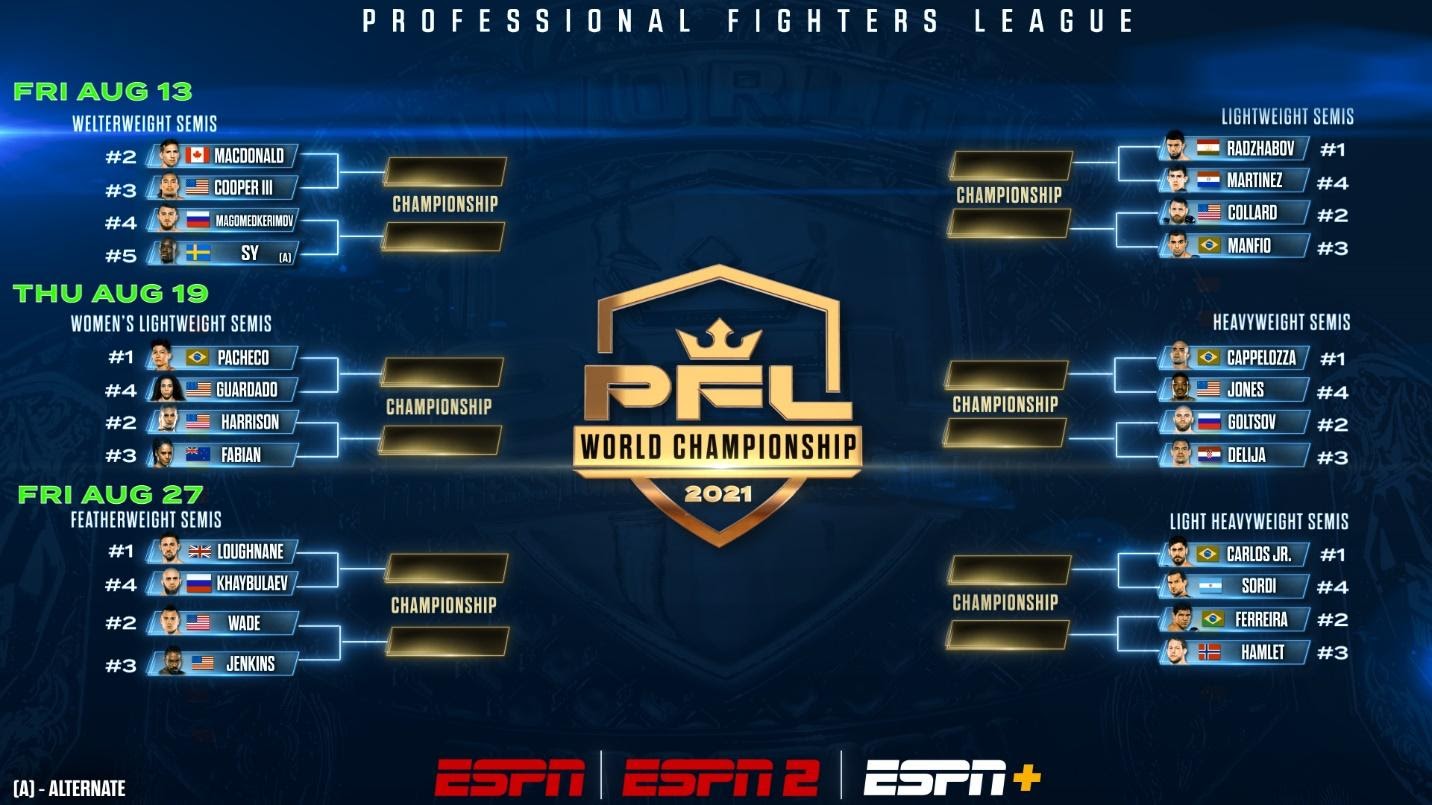 Fans can purchase tickets now for the biggest night in MMA via Ticketmaster as finalists across six divisions face off for a world title and $1 million purse live on ESPN networks and streaming platforms.

Tickets prices range from $30 to $175, with a variety of VIP packages to be announced in the coming weeks.

An evening of six world championship fights gets even bigger with the return of two-time Olympic gold medalist Claressa Shields to PFL. Shields is a three-division boxing champion coming off a thrilling come-from-behind TKO victory in her MMA debut in June and will face 21-year-old Abigail Montes. The Mexico native brings a perfect record to the SmartCage and is quickly climbing the Latin American female rankings.

“There is no better place to welcome fans back in-person than at the 2021 PFL World Championship as $6 million and six world titles will be up for grabs on October 27,” said PFL CEO Peter Murray. “The biggest night in MMA gets boosted by the return of Claressa Shields to the PFL SmartCage, and we can’t wait to deliver an unforgettable night for the more than 550 million MMA fans around the world with our great partners at Seminole Hard Rock Hotel & Casino and ESPN.”

PFL World Championship fighters will be determined this month as the league hosts three win-or-go-home playoff events on Aug. 13, 19 and 27 at Seminole Hard Rock Hotel & Casino. The action kicks off this Friday at 5:30pm ET on ESPN2 and streaming platforms as former world champions Ray Cooper III and Rory MacDonald headline the first playoff event which features the top contenders across the welterweight and lightweight divisions.

Kayla Harrison, the 2019 PFL Champion, begins her postseason journey next Thursday, August 19 against Genah Fabian as the women’s lightweight and heavyweight action is set to hit the PFL SmartCage on ESPN. The final PFL Playoff will feature the top-four fighters across the featherweight and light heavyweight divisions, airing live on ESPN2 on Friday, August 27.

Professional Fighters League has quickly established itself as the No. 2 MMA company in the world. With the addition of world-class talent – from elite fighters to established business executives – and partnering with industry-leading brands such Anheuser-Busch InBev, Geico, DraftKings, Bose, CarParts.com, BetMGM, Air Force Reserve, US Marines, Acronis, Upper Deck and others, the PFL continues to accelerate its global expansion.

Professional Fighters League (PFL) is the first and only to present MMA in the sports-season format where individual fighters compete in Regular Season, Playoffs, and Championship. PFL is the innovation leader with the PFL SmartCage delivering viewers on-screen fight analytics and real-time prop bets.

The 2021 PFL Season began with 60 fighters in six weight divisions. The Playoffs commence with 24 fighters competing for 12 spots in the Championship event and one of six $1 million title purses. All PFL 2021 Playoff events are live in primetime on ESPN/ESPN2/ESPN+ in the U.S., as well as on leading broadcast and streaming outlets in 160 countries worldwide.