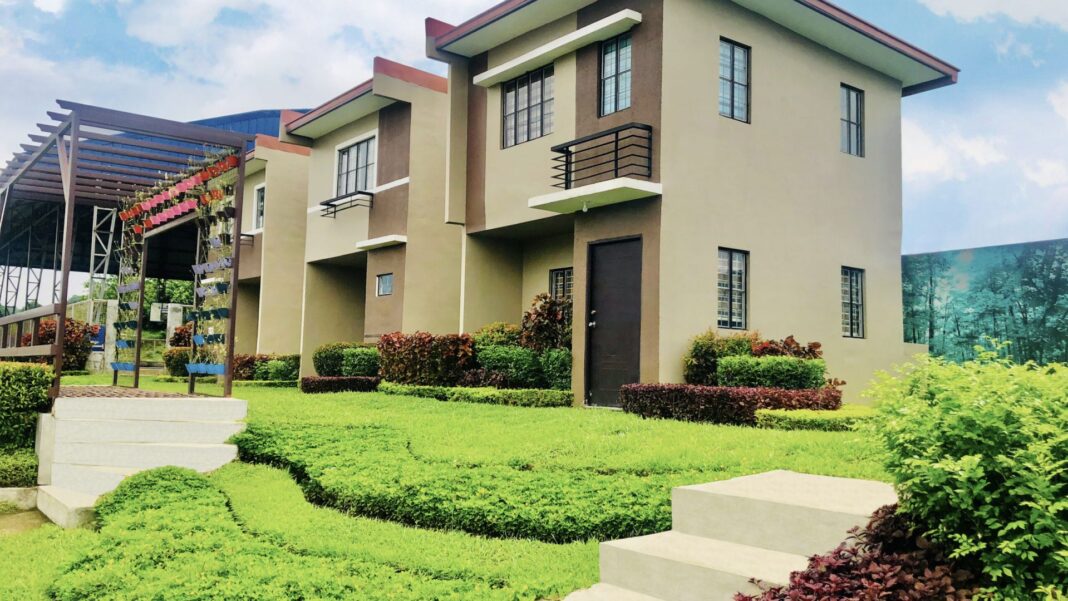 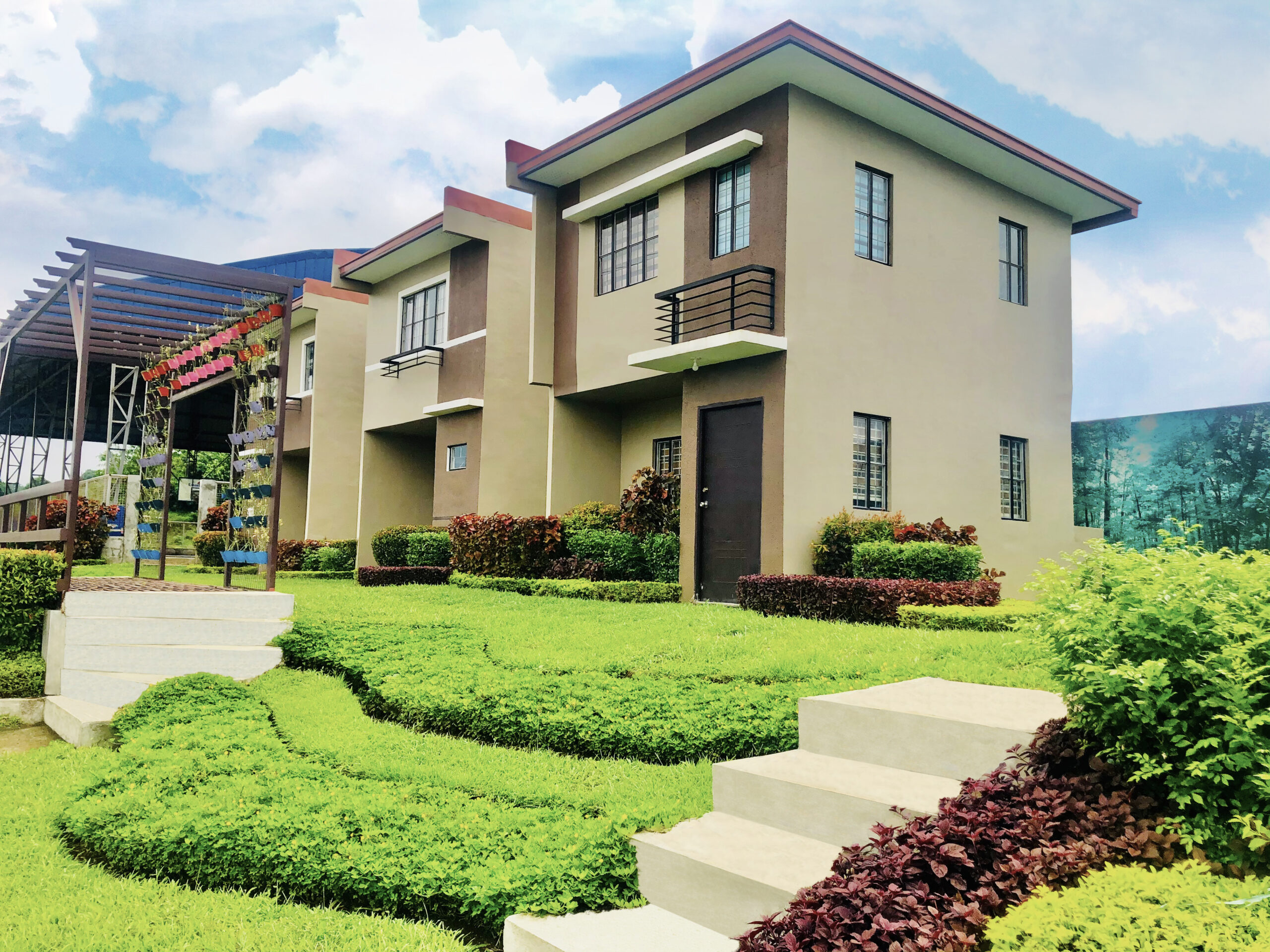 With a GDP growth rate of 5.7%, the area has been a hotspot for warehouse and logistics hubs, especially during the pandemic, as well manufacturing locations and industrial estates.

It only follows that residential properties continuously mushroom in the region, not to mention the pandemic-led search for provincial homes that are not far from Metro Manila.

Lumina Homes is available in 50 projects all over the Philippines, and 12 of which are located in the booming and bustling CALABARZON. In fact, the first-ever Lumina Homes was established in Sto. Tomas, Batangas in 2012.

Lumina Baras is located on Latigo Drive in Brgy. Concepcion is less than three minutes or 1.3 kilometers away from the National Road, five to 10 minutes away from schools, market and other establishments, and close to the recently opened LRT Antipolo.

Also close to LRT Antipolo, Lumina Pililla is located on San Antonio Feeder Road in Brgy. Quisao. It is less than one kilometer or just one minute away from National Road.

It is one of Lumina’s best-selling subdivisions that was easily sold out in less than a year. Located in Brgy. Bilibiran, the seven-hectare Lumina Binangonan takes pride in being close to recreational sites like Thunderbird Resort, Fiesta Casino, and Eastridge Golf Club. Binangonan mainly lives off of a thriving fish port and fishing industry, having a long coast facing Laguna de Bay.

Surrounded by beautiful mountains and having fine, cool weather almost whole-year round, Calauan is a best bet to raise a family while staying close to nature.

Lumina Calauan is close to the University of the Philippines Los Baños and other tourist spots such as Isdaan Floating Restaurant, Hidden Valley Spring, Field of Faith Sanctuary and several farm-stays and resorts.

Lumina Quezon is Lumina Homes’ flagship project on this side of CALABARZON. Located in Brgy. Isabang, Tayabas City, it is just a 15-minute ride from Lucena downtown and around 20 minutes from Tayabas City downtown.

Located in Barangay Sto. Cristo, Lumina Sariaya has a total area of 10 hectares and is just seven minutes away from Sariaya Centro.

The charming town of Sariaya is a favorite summer destination south of Metro Manila. It offers a great view of the sacred Mt. Banahaw is a go-to place for mountain-climbing and hiking activities. One can also opt for local tours and visit heritage houses, or frolic on the beach with the many resorts in the town.

Lumina Tanza is located in Brgy. Bagtas and within the Next Vista City of the South, a 500-hectare master-planned community which is 30 to 45 minutes away from Pasay City in Manila. It currently has eight phases, with seven phases already sold out.

Cushioned between Sto. Tomas and Tanauan, this first-ever Lumina Homes is located 45 minutes away from Alabang in Metro Manila, via STAR Tollway and SLEX.

With Mt. Makiling’s majestic view as a backdrop, the 33-hectare Lumina Batangas is a model of the evolving Lumina Homes brand, complete with enhanced community amenities and space for future commercial establishments.

Close to the picturesque Taal Lake as well as the CALABARZON Expressway, Lumina Tanauan in Brgy. Hidalgo blends a rustic lifestyle and a modern city culture.

While it’s two kilometers away from the city proper, it is only a few steps away from malls, day care centers and schools, hospitals, churches, and a vegetable market—called bagsakan or kalakalan—with 24-hour transportation access.

If you’re keen on experiencing cool weather just outside Metro Manila, look no further as Lipa is known to be the third coldest city in the Philippines, next to Baguio and Tagaytay.

It is also known as “Little Rome of the Philippines” because of its religious and heritage sites, and the home of the famous lomi and kapeng barako. Lumina Lipa in Brgy. Tangway is also close to various malls, schools and universities, and hospitals.

Located in Brgy. As Is, Lumina Bauan is a 16-hectare subdivision that is only 11 minutes away from the town proper and about 25 minutes from Batangas City. Living in Bauan offers homeowners natural tourist attractions just outside their doorstep, so to speak, with scenic beaches, rolling hills and majestic waterfalls in the area. The town can be easily reached via Startoll Way and SLEX.

Lumina Rosario is located in Brgy. Quilib and is easily reachable via STAR Tollway and SLEX. Rosario is a first-class municipality and one of the oldest towns in Batangas, established in 1687.

It is strategically located with Padre Garcia and Lipa City to the north, San Juan and Quezon Province to the east, Taysan and Lobo to the south, and Ibaan and Batangas City to the west. It’s blessed with fertile agricultural lands and is known as the Rice Granary of Batangas, but is also close to the national highway and major commercial hubs.

“Lumina Homes has evolved in so many ways since we started nine years ago. We stepped up to different challenges and because we did, we grew exponentially—over 800 hectares in development footprint, over 100 projects in more than 50 key locations across the Philippines, and over 100,000 clients served,” says Amy Ruiz, Lumina Homes Division Head for South Luzon.