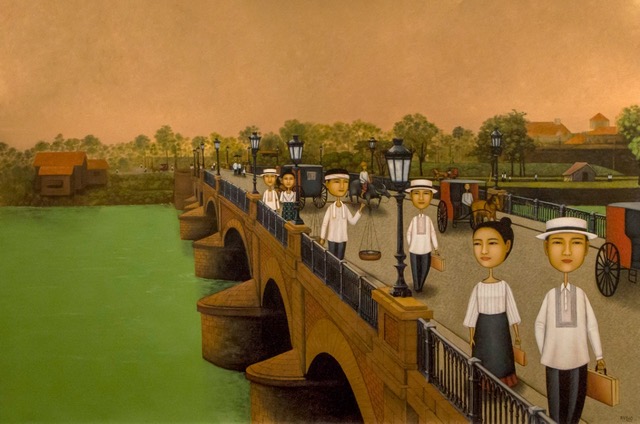 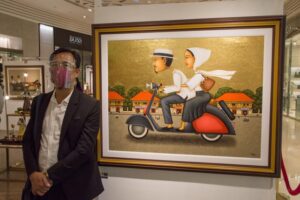 Dominic Rubio celebrates his 50th birthday with an exhibit of iconic paintings and sculptures called “Golden Milestone” running from Dec. 27, 2020 to Jan. 15, 2021 at the lobby of the Shangri-la Mall East Wing, EDSA corner Shaw Boulevard.

Rubio believes in the power of prayer. Reflecting on his journey so far, the artist credits his constant conversations with God with helping him get to where he is now. 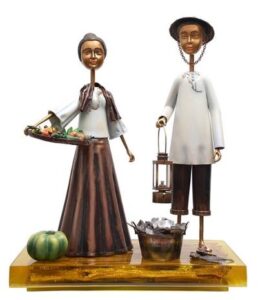 From his humble days in Paete, Laguna Rubio is today considered as the modern-day Damian Domingo with his depiction of various Filipino archetypes.

It’s easy to see why his works are always sold out: the characters he paints, with their elongated necks and large heads, have taken a life of their own. Filipinos, he says, should have a sense of pride. 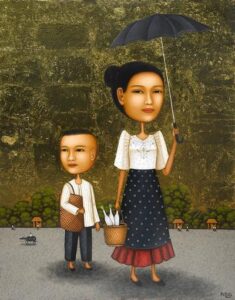 So the artist persevered and continued to develop his style and eventually made waves on the international stage, his works selling out during the opening exhibition of Galerie Joaquin in Singapore. 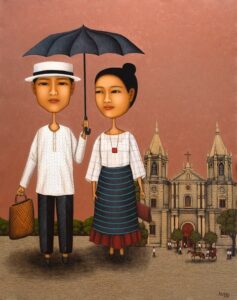 In 2014, Rubio survived a heart attack and recalls saying to God how he is not yet ready to leave. It took him a while to get back to painting but as soon as he got his groove back, Rubio never stopped creating.

By 2016, he finally achieved one of his dreams, to have a mural somewhere significant. That place turned out to be the Philippine Embassy in Washington D.C., where his 8×27 work. 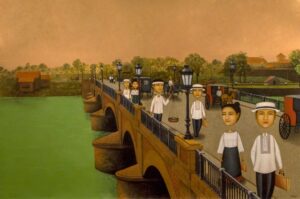 “The Great Promenade of Philippine-American Friendship” shows key events in the Philippines-US relations, a reminder of the shared history and values of the two nations.

This year, Rubio is not only celebrating his 50th birthday, but his 25th year in the art scene as well as his 20th year with Galerie Joaquin. 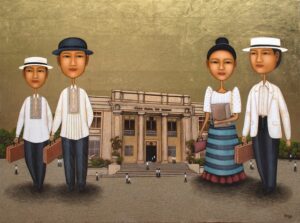 Before the nationwide enhanced community quarantine, Rubio’s “Mondial” exhibition was held last March at The Peninsula Manila and it was another sold out event.

Rightfully so, the celebration continues with “Golden Milestone”, which will be held at the Luxury Lane East Wing of Shangri-La Plaza on December 27, Rubio’s birthday.

For this exhibit, Rubio will introduce a new element in his paintings with gold leaf paint to highlight details of characters and images, or as background to his familiar imagery. 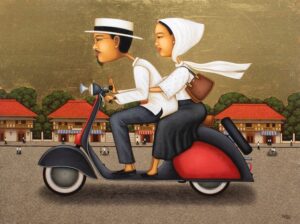 A deluxe edition of his brass sculptures based on his well-known themes of Old Manila, Plantation Life, and the Filipino-Chinese community will also be featured.“Golden Milestone” will be livestreamed via Facebook Live at 4PM.