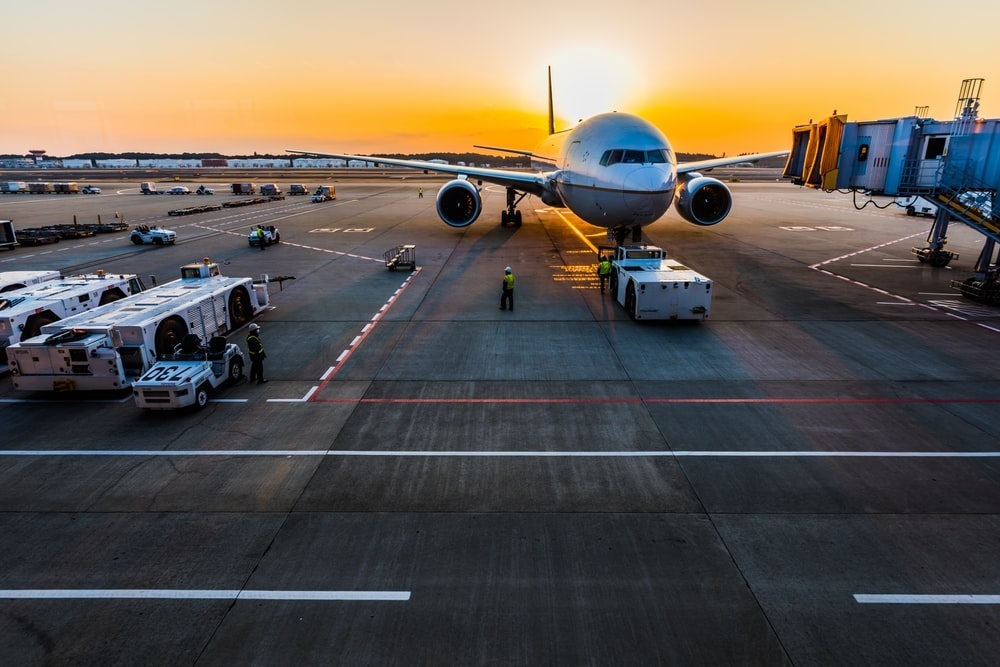 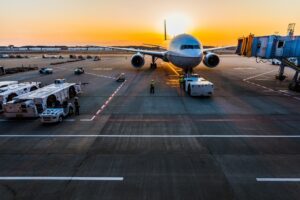 Low-Cost Carriers (LCC) are driving growth in the Middle East aviation market, recording a 9.3% increase in seat capacity in 2019, according to CAPA Centre for Aviation. Indeed, LCC’s share of total seat capacity across the Middle East increased from 14.9% in 2018 to 16.5% in 2019, with a larger share of the region’s airline passengers now opting to fly with no-thrills airlines in more modest and affordable cabin surroundings. 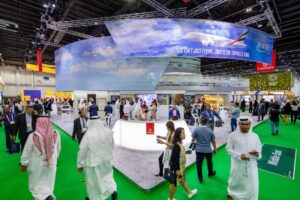 Over the next 12 months, LCCs are predicted to continue to chip away at their bigger rivals’ market share, with Saudia’s LCC subsidiary, flyadeal, leading this trend – becoming the region’s largest airline by seats in 2019 and recording a capacity growth of 78.1%, according to the latest CAPA data.

In addition, Arabian Travel Market (ATM), which takes place at Dubai World Trade Centre from 19-22 April 2020, is witnessing this trend first-hand withLCCs including flydubai,flynas and flyadeal confirmed for the 2020 edition of the show. 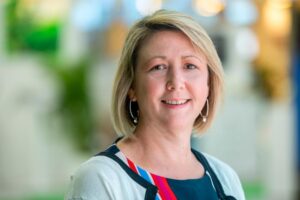 Danielle Curtis, Exhibition Director ME, Arabian Travel Market, said: “Situated within eight-hours of two-thirds of the world’s population and located between the major cities of Europe in the northwest, the fast-developing East African cities in the west and India and Pakistan in the east – the Middle East is the ideal location to set up a budget airline, attracting passenger traffic from within the region as well as from across much of the eastern hemisphere.”

When compared to other parts of the world, there looks to be plenty of scope for growth for the Middle East’s LCCs. According to Boeing, 33% of short-haul traffic globally is on no-thrills airlines, led by southeast Asia where the figure is 62%. However, in the Middle East at present, this figure lies at 13% 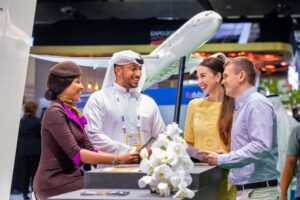 Supporting LCCs’ potential for growth in region, in October 2019, Air Arabia and Etihad Aviation Group announced strategic plans to launch a new budget carrier. Based out of Abu Dhabi Airport, Air Arabia Abu Dhabi, will become the fifth airline to operate in the UAE – and the capital’s first low-cost airline.

In the same month, Indian low-cost carrier SpiceJet announced plans to launch an airline that will be based at Ras Al Khaimah International Airport following the signing of a MoU with the airport to start direct flights between RAK and New Delhi.

Meanwhile, Wizz Air – a Hungarian low-cost carrier – and Abu Dhabi Developmental Holding Company announced in December that they had reached an ‘agreement in principle’ to set up a new airline based in the UAE capital.

Focusing on routes to destinations in Europe, with plans to branch out towards India and Africa over the longer term, the new LCCs first flight is expected to take off in the second half of 2020.

Curtis, said: “The rise of LCCs in the region appears to be bringing some fresh momentum to the aviation industry, with research predicting 50% of airline traffic to be on routes of less than 2,000 miles by 2038, a trend which Airbus described as ‘fertile territory for the LCC business model’ in their most recent report.”

Looking ahead to ATM 2020, aviation will feature heavily in the programme with a keynote from Emirates’ President Sir Tim Clark titled ‘The Making of Emirates: The Legacy of Sir Tim Clark’, taking place on the Global stage on Monday 20th April. In this exclusive one-to-one, the President of Emirates will look to the future, in what will be one of his final interviews before stepping down from his role in June.

Meanwhile, a session titled ‘Low Cost Carriers on the Rise in the Gulf’, which will take also take place on the Global Stage, will explore the rise of new players in the LCC market, as well as the development of hybrid business models;

And in the Inspiration Theatre, a session titled ‘2020 – Another Challenging Year for Airlines’ will take a look on the industry as a whole, discussing the challenges and opportunities and providing an outlook for airlines as we look beyond 2020.  this year’s outlook for airlines.

On the show floor, aviation participation at ATM 2020 is expected to increase 25% when compared to 2019, with the overall stand space occupied also set to grow 25% YoY. Other confirmed exhibiting aviation companies this year so far include Emirates, Etihad Airways, SAUDIA and Kuwait Airways as well as Dubai Airports and Abu Dhabi Airports Company.

Curtis added: “Aviation is integral to the Arabian Travel Market show and plays a significant role not only during the seminars but also on the exhibition floor. With strong investment prevalent throughout the industry in the region, the growth in passenger numbers will continue unabated.”

ATM, considered by industry professionals as a barometer for the Middle East and North Africa tourism sector, welcomed almost 40,000 people to its 2019 event with representation from 150 countries. With over 100 exhibitors making their debut, ATM 2019 showcased the largest ever exhibition from Asia.

Adopting Events for Tourism Growth as the official show theme, ATM 2020 will build on the success of this year’s edition with a host of seminar sessions discussing the impact events have on tourism growth in the region while inspiring the travel and hospitality industry about the next generation of events.

Arabian Travel Market (ATM) is the leading, international travel and tourism event in the Middle East – introducing both inbound and outbound tourism professionals to over 2,500 of the most breath-taking destinations, attractions and brands as well as the very latest cutting-edge technologies.

Attracting almost 40,000 industry professionals, with representation from 150 countries, ATM prides itself on being the hub of all travel and tourism ideas – providing a platform to discuss insights on the ever-changing industry, share innovations and unlock endless business opportunities over the four days.

Arabian Travel Week is a festival of events taking place within and alongside Arabian Travel Market 2020. The week will include ILTM Arabia, the inaugural Travel Forward, a new travel tech and hospitality innovation event launching this year, and Arival Dubai @ ATM, a dedicated in-destination forum.

Additionally, it will host ATM Buyer Forums for key source markets India, Saudi Arabia and Russia and ATM Speed Networking events. Providing a renewed focus for the Middle East’s travel and tourism sector – under one roof over the course of one week.www.arabiantravelweek.com

Reed Exhibitions is the world’s leading events business, enhancing the power of face-to-face through data and digital tools at more than 500 events a year, in more than 43 countries, attracting more than seven million participants. Reed’s events are held in the Americas, Europe, Asia Pacific and Africa and organised by 41 fully staffed offices.

Reed Exhibitions serves 43 industry sectors with trade and consumer events. It is part of RELX Group plc, a world-leading provider of information solutions for professional customers across industries.

Reed Travel Exhibitions is the world’s leading travel and tourism event’s organiser with a growing portfolio of more than 22 international travel and tourism trade events in Europe, the Americas, Asia, the Middle East and Africa.

Our events are market leaders in their sectors, whether it is global and regional leisure travel trade events, or specialist events for meetings, incentives, conference, events (MICE) industry, business travel, LGBTQ+ travel, luxury travel, travel technology as well as golf and spa travel. We have over 40 years’ experience in organising world-leading travel exhibitions.

WTM Latin America attracts about 9,000 senior executives and generates about US$374 million of new business deals. Taking place in Sao Paulo, Brazil, this show attracts a global audience to meet and shape the direction of the travel industry. More than 8,000 unique visitors, including buyers and travel agents, attend the event to network, negotiate and discover the latest industry news. http://latinamerica.wtm.com/.