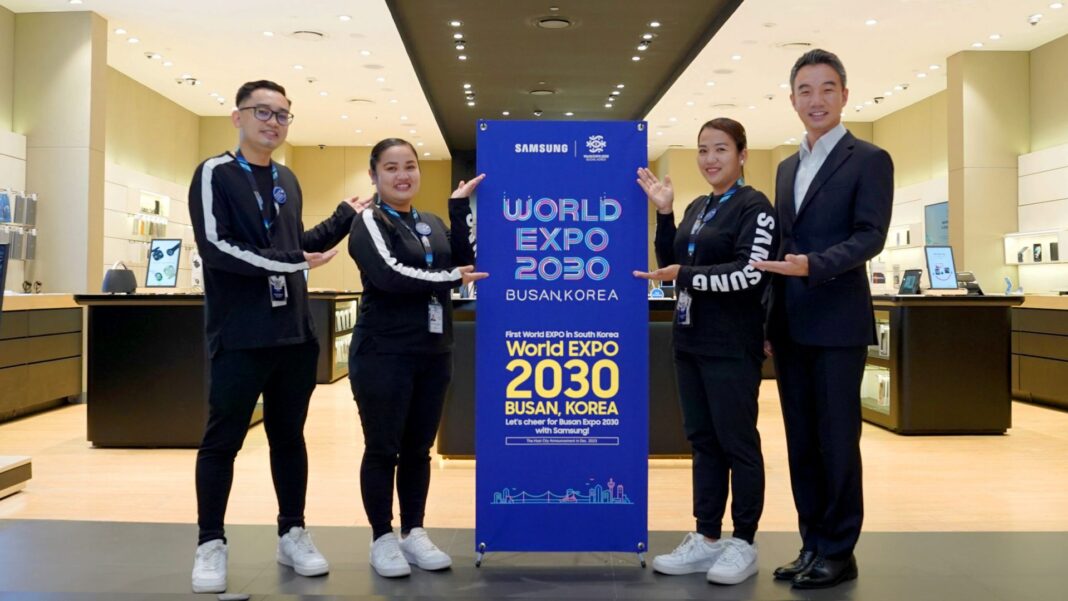 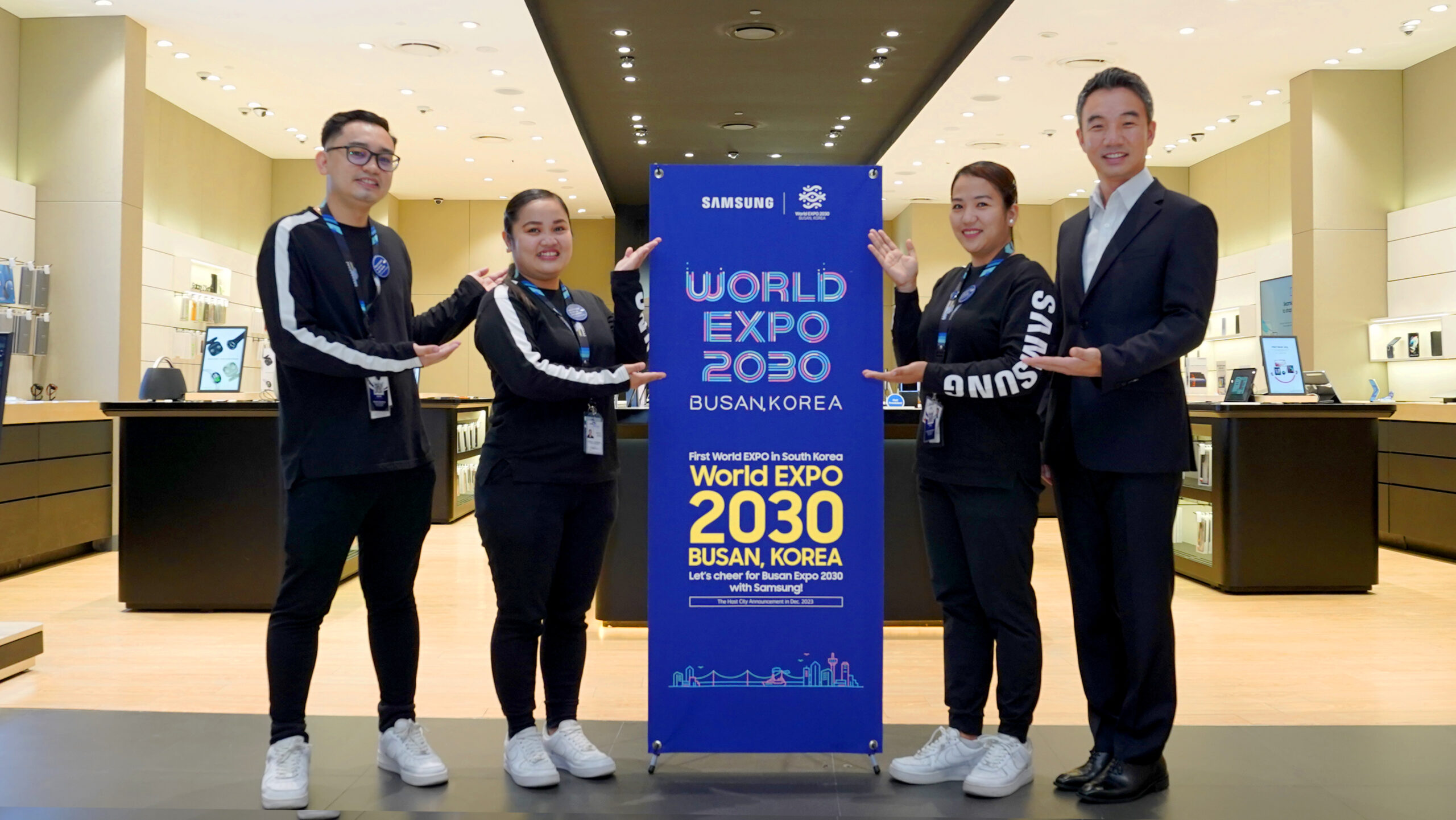 Samsung recently installed signages in its store locations nationwide to express support for Korea’s bid for the 2030 World Expo. Photo shows Min Su Chu, president of Samsung Electronics Philippines Corp. in one of its store locations. 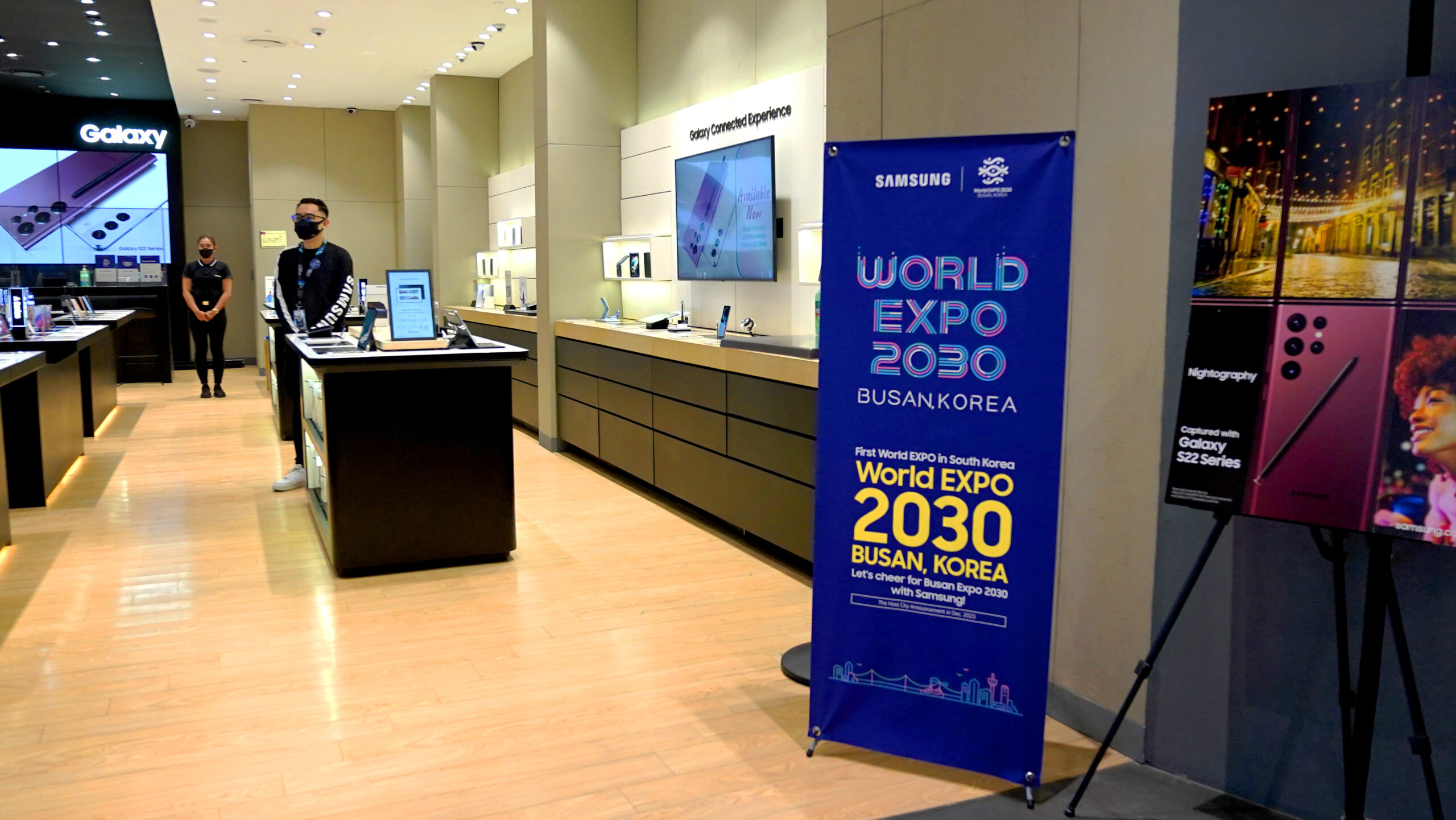 Samsung has a total of six business entities in the Philippines that employ over 8,000 Filipinos. Aside from consumer electronics, Samsung’s products and services in the country range from trading to electronic components, software & apps development, and even marketing services.

SEPCO for one has been in the country for 24 years, consistently setting the bar for the industry with its latest models and products innovations including smartphones, digital appliances, TV, and monitors among others.

With its natural endowments and rich history, Busan has become a world-class city for tourism and culture. It has also grown into becoming one of the world’s hotspot destinations for international conventions.

Samsung firmly believes that Busan will emerge as the preferred venue for the 2030 World Expo. Min Su Chu, the president of SEPCO said “we will continue to carry out other activities to support this bid here in the Philippines.”

Samsung inspires the world and shapes the future with transformative ideas and technologies. The company is redefining the worlds of TVs, smartphones, wearable devices, tablets, digital appliances, network systems, and memory, system LSI and LED solutions. For the latest news, please visit the Samsung Newsroom at news.samsung.com.